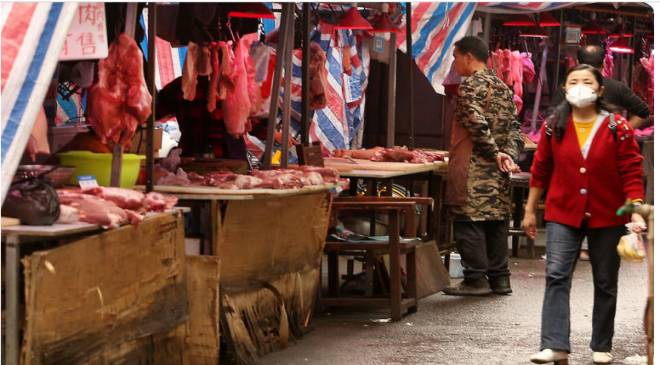 June 10 (UPI) — Further studies are required to understand how COVID-19 infected the human population, an advisory group to the World Health Organization said in a new report that states more Chinese data is required to fill knowledge gaps and answer whether a lab accident is responsible for the pandemic.

The report was published Thursday by the Scientific Advisory Group for the Origins of Novel Pathogens, which was formed in response to a May 2020 WHO resolution to investigate the origins of the coronavirus — a resolution that was spearheaded amid criticism over China’s early handling of the COVID-19 outbreak.

The virus was first identified in the central Chinese city of Wuhan in December 2019 before spreading the world over, infecting more than a half billion people and killing 6.3 million, according to data curated by Johns Hopkins University.

The advisory group said in the report that currently available data shows that the closest related virus to COVID-19 has been identified in bats and that early investigations suggest a Wuhan seafood market played an important early role in its spread but that they require more information to understand exactly when and where it spilled over into humans.

“There are, however, further studies needed to follow up on several gaps in our knowledge,” said the advisory group, which was not formed to investigate the origins of the pandemic but to suggest studies needed to do so.

The report offers as an example of such a knowledge gap is that neither the source nor the location where the virus was introduced in Wuhan was clear, adding that they have yet to determine the Huanan market as the location the initial spill-over event occurred.

The experts said they have reviewed all available findings but “key pieces of data” are missing to create a complete understanding of how the pandemic began.

The report continues that there has also been no new data made available in order to evaluate the theory that the pandemic is the result of a leak from a laboratory.

WHO experts have said that it was “extremely unlikely” that COVID-19 came from a lab as a result of a breach in either biosecurity or biosafety, however they don’t have the data to say where it did come from.

More than a dozen scientists May 2020 published a letter in the journal Science calling for an investigation into the once-considered conspiracy theory as there wasn’t enough evidence to rule it out as a possibility.

“The SAGO will remain open to any and all scientific evidence that becomes available in the future to allow for comprehensive testing of all reasonable hypotheses,” the 43-page report said.

The report comes more than a year after WHO and Chinse investigators produced a report following a trip to Wuhan that found wildlife farms in southeast Asia were the likely source.

Following its release, calls from democratic nations and WHO began for a second probe over concerns that China withheld key data from the investigators.

Chinese officials have rebuked the allegations that the virus has come from a lab as well as criticism that he attempted to cover-up its initial outbreak of the virus and that it hasn’t been cooperative with investigators.

Instead, some have tried to blame the United States as the origin of the virus, with Chinese foreign ministry spokesman Lijian Zhao tweeting that the U.S. military brought the pandemic to Wuhan.

The report released Thursday recommends a host of studies to be conducted into possible animal sources and possible spill-over locations as well as verification analyses of human samples during the months prior to December 2019 in China and worldwide, among many others.

“The SAGO emphasizes that its work has only just begun,” it said.