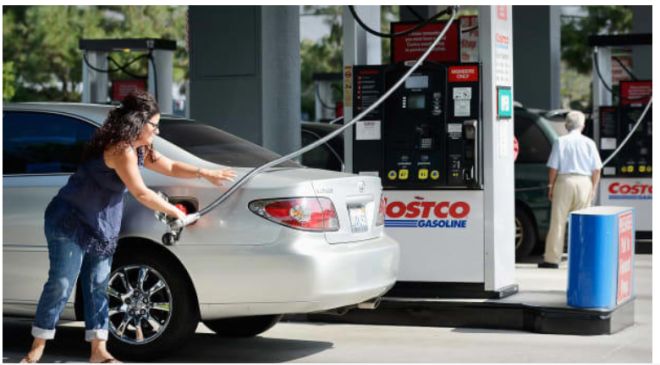 There’s never been a worse time to buy gas than right now.

With fuel prices slowly rising in the first half of the year and just hitting a $5 national average, it’s never looked more attractive to find an alternative mode of transportation to get wherever you need to go, whether it’s work, social gatherings, or just out of the house for a while.

The prices are driving many toward electric cars as a way to circumvent the issue, leading to sold-out EV stock all over the country. Worldwide shortages of semiconductors, as well as issues with supply chains and logistics, are making it difficult for carmakers to keep up with the demand.

Those who can’t find an EV to buy are either working from home or forced to take public transportation where it’s available, making a time of worrisome inflation that much more stressful.

Some have coped with workarounds, such as getting gas at their local Costco  (COST) – Get Costco Wholesale Corporation Report, which is known for its lower prices on fuel.

Costco has historically required a membership to fill up at the pump. The only exception to this rule, according to its official website, is when a person uses a Costco Shop Card, which is essentially a gift card.

That doesn’t seem to be the case everywhere. Costco does not openly advertise it, but depending on the location, some people report that they are able to get gas at their local Costco outlets without membership cards.

This has definitely been the case in New Jersey, as laws have previously kept the retailer from making its fuel pumps members-only. But a new announcement is about to change that.

Signs started to pop up at New Jersey Costco locations a few days ago, stating that as of July 6 people looking to fuel up will have to present an active Costco membership card.

New Jersey law prohibits people from pumping their own gasoline, so there’s no easy way around this new rule.

Nonmembers have been able to get fuel at Costco’s New Jersey locations for the past 20 years. While Costco tried to make gasoline membership-only across all locations, the rule clashed with New Jersey’s state fuel sales laws, and in 2004 the retailer was forced to open its pumps to nonmembers in order to comply.

This is likely a move to try to clear up the crowds at the pumps, a problem that has been ever since gas prices started to spike.

But even the membership holders waiting in the long lines may not be getting that much of a deal. People are posting alarmingly high gas prices from some Costco locations in their areas, some as high as $6 a gallon.

Pairing all this with Costco’s rising prices, the bulk retailer may no longer be the top destination for those looking to save on costs.