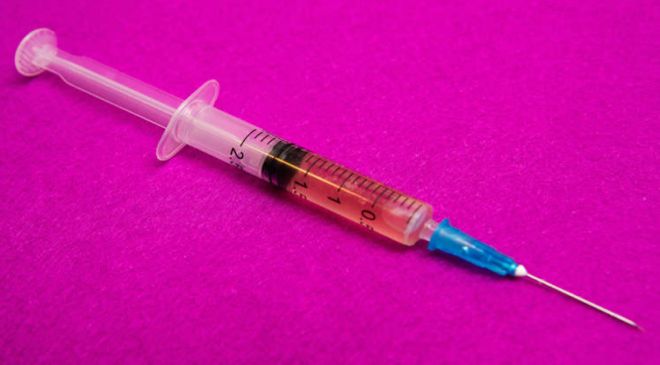 Aredesigned version of Moderna’s Covid-19 booster shot appears to provide stronger protection against the omicron variant than its current vaccine, the company said in a news release Wednesday.

Early trial results found the bivalent vaccine — which is designed to target both the omicron variant and the original coronavirus strain in a single shot — led to an eightfold increase in neutralizing antibody levels, according to the company.

The updated vaccine also increased antibody levels against all other known variants of concern, it said.

Moderna has called the omicron bivalent vaccine its “lead candidate” for the fall.

The new shot was generally well-tolerated, the company said, with side effects similar to those with a booster dose of its existing vaccine.

Moderna has only announced the trial results in a news release; the data have not yet been made available to outside scientists for review.

“We anticipate more durable protection against variants of concern with mRNA-1273.214, making it our lead candidate for a Fall 2022 booster,” CEO Stéphane Bancel said in a statement.

Omicron and its growing family of subvariants have dealt a significant blow to the protection provided by the existing booster shots from Moderna and Pfizer-BioNTech.

Moderna has been testing updated versions of its booster shots that could be distributed across the country this fall, when immunity from previous shots will likely begin to wane and Covid cases are expected to rise again.

In April, Moderna announced that another bivalent vaccine candidate — which combines a beta variant-specific vaccine with the company’s original formula — generated a strong immune response against multiple variants of concern, including omicron. The beta variant, which was first detected in 2020, was particularly good at evading immunity, but it has almost entirely fallen out of circulation.

John Moore, a professor of microbiology and immunology at Weill Cornell Medical College, said Moderna’s release on Wednesday shows that the omicron bivalent vaccine “may be marginally better” than the original vaccine, though he added he needs to see the full data to confirm.

It’s also unclear, Moore added, if the protection from the bivalent vaccine will in fact be more durable, as the company only measured antibody responses after a month.

Based on the release, it’s also uncertain if the vaccine will provide significant protection against BA.4 and BA.5, two subvariants that are spreading in the U.S., said Dr. Isaac Bogoch, an infectious disease physician at the University of Toronto.

The bivalent vaccine targets the original omicron variant. BA.4 and BA.5 share many similarities to the original variant, but also appear to have mutations that make them more transmissible.

The release is “helpful” but “we need more clinical data,” Bogoch said.

A vaccine that targets more than one strain in a single shot is not a new concept. This year’s flu shot, for example, targets four influenza strains.

Moderna said it plans to submit the data to the Food and Drug Administration “in the coming weeks,” with the hope that the new shot could be available late this summer.

On June 28, the FDA’s advisory committee is scheduled to meet to discuss what strain or strains should be included in Covid booster shots for the fall.

During a call with investors Wednesday, Moderna said that the FDA has asked the company to join the June 28 meeting to provide a “brief update” on its vaccine.