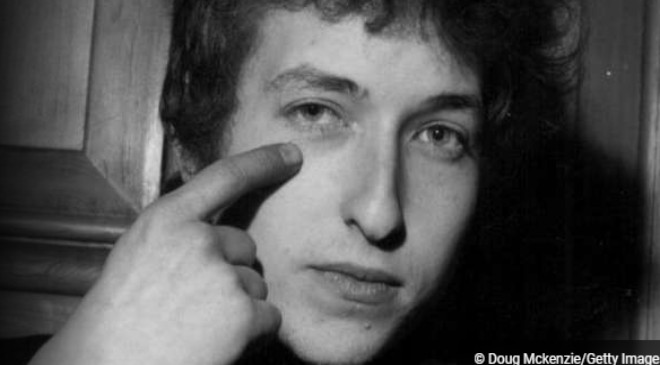 Bob Dylan has spent most of his life without many public appearances other than performances. His interviews are few and far between over the course of his nearly 60 year career and he does not reveal meanings behind his lyrics. Therefore, his music speaks for itself and though the general public may know little about his life outside of his music, he has influenced generations of musicians from The Beatles to Green Day to Post Malone.

Dylan first met The Beatles in 1964. Aside from giving them their first joints of marijuana, Dylan’s songwriting led The Beatles to more soul-bearing songwriting rather than the fun-loving boyish charm songwriting that had previously dominated their music. In 2009, Green Day added a cover of Dylan’s song  “Like A Rolling Stone” to their album “21st Century Breakdown.” Post Malone has countless tattoos, but one of them is a portrait of Dylan’s face (per Alt Press).

If Dylan is so loved by fans and musicians of all genres, who does Dylan himself admire?

Martin Scorsese’s 2005 documentary “No Direction Home: Bob Dylan,” chronicles Bob Dylan’s life and includes archived footage, yet allows Dylan to keep his mystique for which he is known. However, in the documentary, Dylan does declare who he considers to be the best guitar player that he has ever heard: Mike Bloomfield.

Bloomfield was a blues guitar player and wanted to show Dylan how to play the blues. Dylan stated, “When it was time to bring in a guitar player on my record, I couldn’t think of anybody but him. I mean, he just was the best guitar player I’d ever heard.” The album to which Dylan was referring was his “Highway 61 Revisited,” released in 1965.

Dylan first met Bloomfield in the early 1960s at a blues club. Dylan marveled that “[Bloomfield] just played circles around anything I could play” (per Louder Sound). Rather than competing with Bloomfield, Dylan wanted to collaborate. The two remained colleagues for close to two decades.

One Of Bloomfield’s Last Performances Was With Dylan

Bob Dylan’s loyal fan base was thrown for a loop when he brought out an electric guitar at the Newport Folk Festival in 1965. This was seen as a major deviation from folk music’s values, those being the rejection of “commercialized popular culture.” Mike Bloomberg performed with Dylan that night in what is still remembered as one of Dylan’s most well-known performances, albeit because of the outcry from fans who craved the authenticity of folk music. However, this performance is thought to signify a merge that occurred in the mid-60s between fans of folk and fans of more commercial artists like The Beatles. Perhaps Dylan and Bloomfield showed the power of good music that transcends genre.

In a somber, yet full-circle occurrence, one of Bloomfield’s final performances was with Dylan. In December of 1980, he joined Dylan on stage yet again after years of working in music on a smaller scale. Three months later, Bloomfield died of a drug overdose at just 37 years old. Another few decades later, Dylan referred to Bloomfield as “the guy that I always miss…he knew all the styles” (per Rolling Stone).