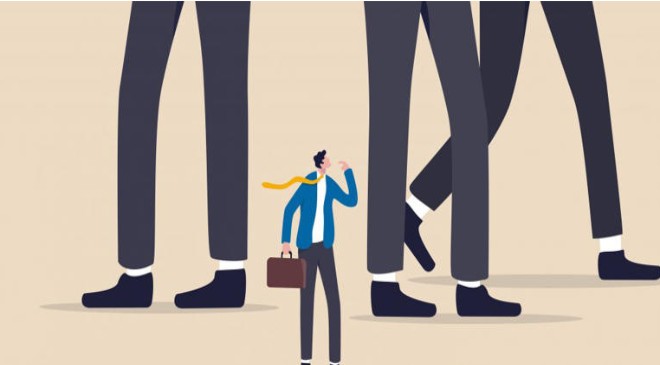 Build your marketing stack with an anti-incumbent strategy

How do you fight multi-billion-dollar companies with a startup’s limited resources?

Almost every startup operates in an industry that’s “owned” by a few legacy players. And one of the primary reasons these young startups fail, whether from lack of traction or lack of investment, is because at any given moment, one of those legacy players can spare the pocket change to squeeze the startup out of the market.

Last week, a founder wrote in to me with this basic question: How do I win in a fragmented industry dominated by legacy incumbents?

You go right at them.

I gave the founder what I thought she needed to fight her battle on her own turf. But it all starts with a basic battle strategy.

Use Your Strengths Against Their Weaknesses

The first step in that strategy is to identify the incumbent’s weakness and counter with your own strengths. This is much easier said than done. I mean, everyone knows the incumbent sucks–they’re slow, they’re not innovative, they’ve lost touch with their customer experience, and so on.

But here’s the thing. You need to go deeper than that. You’re not only fighting the giants, you’re also fighting all those other startups trying to fight those same giants. As you can imagine, all that saber-rattling creates a ton of noise, directed squarely at the customer, and if your strengths aren’t unique, and you don’t make it clear why your strengths are unique, customers will tune your noise out along with everyone else’s noise.

Take the time to not only document the incumbent’s weaknesses, but to source them. Then when you understand why they’re weak, highlight the specific reasons why you’re better.

Don’t Fight On Their Turf

It’s easy for a startup to get caught up in trying to be the better version of the incumbent. In fact, we entrepreneurs use the following descriptor way more often than we should:

Where X is the incumbent, and Y is one of those strengths from above.

Where X is again the incumbent and Y is a niche market.

Don’t do this. Every time you mention the incumbent or what they do, you’re playing into their hands. Think about it like this: The most likely reason they dominate their market is because they created that market, probably knocking out a former incumbent from another previously defined market.

Define your own market, your own ideal customer profile, and your own value-proposition. Then be the best at what you do and who you do it for.

So how do you fight the battle without addressing your enemy by name? Simple. You speak directly to the customer’s needs.

Customers don’t need more options, they need better outcomes. Which means they want more confidence in the options they have.

It’s your job to rescue them, by guiding them from that deep dark pit where all the options are inferior, and showing them new ways to get better outcomes.

But one last word of advice. Those three examples I gave are older examples for a reason–and all three of those now-incumbents have a slew of new startups waging a constant war for their market share.

Always keep innovating. The reason incumbents become dinosaurs in the first place is because they stop making their solution a better solution. It’s a constant game of balance – build a better mousetrap, then catch more customers.

If you can balance properly, you’ll solidify your own footing, and make it that much harder for the incumbents to take you out before you take them out.