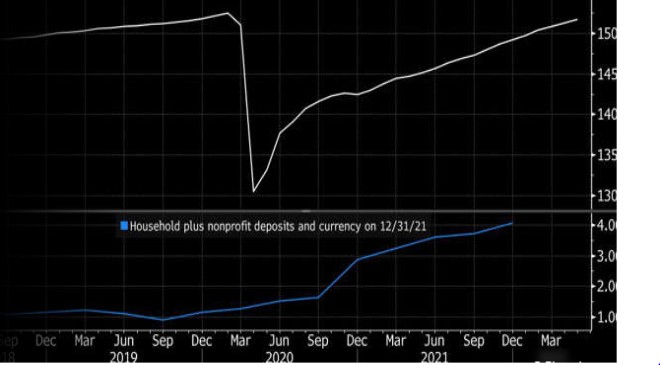 Goldman Sachs Group Inc. economists say the US economy is still on a narrow path to a soft landing as improving inflation figures and other factors suggest the Federal Reserve may be able to pull off its aggressive interest rate hike plan without tipping the country into recession.

Economists led by Jan Hatzius said that while there’s some signs of softening in the labor market, sequential core inflation appears to be slowing as pressures on the supply chain improve.

The better inflation numbers, along with some adjustments to the jobs market, have reduced the risk that the Federal Reserve will have to tighten monetary policy to a degree that will force a recession in the coming years, they added.

While the “deterioration” in indicators like the first quarter’s gross domestic product contraction “suggests that near-term recession risk has increased in a mechanical sense,” the economists wrote Sunday, other activity measures “imply that output is still expanding.”

A strong jobs market and a continued cash surplus on household balance sheets has staved off the prospect of a contraction in the immediate future, many economists have argued. Still, all eyes are on the pace of the Fed’s interest-rate hikes, and whether the central bank can strike a balance that helps the economy avoid recession.

The Goldman economists said they were not changing their current forecast for a 3-3.25% terminal funds rate, and have said they see hikes of 50 basis points likely in the Fed’s next two meetings. Further off, they said September is a close call between increases by 25 basis points and 50 basis points.

“In terms of near-term communication, there is little incentive for Fed officials to deviate from their relatively hawkish framing of the last few months,” they wrote.