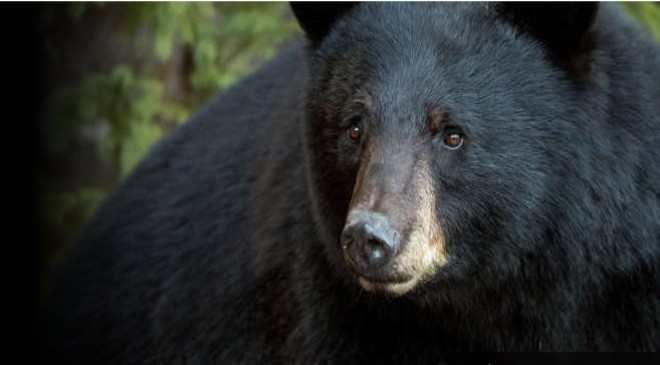 A huge black bear has been caught and killed after a two-year rampage in Washington.

The 5-year-old bear had become food-conditioned, meaning it had been approaching houses to look for food in garbage and bird feeders. The bear had been seeking human food constantly over a three-year period in the Issaquah, Washington area, The Seattle Times reported.

The Washington Department of Fish and Wildlife had been tracking the nuisance bear for years.

The bear has been roaming the area for years, seeking food and damaging properties, all while avoiding capture. Wildlife officials began searching for the bear more urgently recently after it became evident that he had grown overweight—the bear weighed 352 pounds and was wearing a collar that was now too tight, KOMO News reported.

Wildlife officers finally caught the bear in the Squak Mountain area. Once the fugitive bear was finally caught and captured, the Washington Department of Fish and Wildlife decided to euthanize the animal,

As the bear’s behavior had been constant over the years, the department believed that relocating the bear would not stop him from seeking human food, the department told KOMO News.

Human food is a large cause of human and bear conflicts across the U.S. Bears that become food-conditioned rapidly lose their fear of humans, which can cause them to be bolder in approaching people in order to obtain food.

Department spokesperson Chase Gunnell told KOMO News that no officers “got into wildlife conservation and management to put down animals.”

“But as tough as it was, it was the right call in this case,” he continued. “We hope it’s a wake-up call for folks all across Washington, and especially in King County suburbs, to secure their trash and remove bird feeders and other bear attractants,” the spokesperson told the news outlet.

There are an estimated 25,000 and 30,000 black bears in Washington state. Human and bear conflict is becoming more common in the state as human developments begin to overtake bear habitats.

Black bears are often non-aggressive unless directly provoked. Most bears can be scared off by loud noises, or humans that appear bigger and more confident than themselves. However, food-conditioned bears quickly get used to humans, meaning they are more likely to attack.