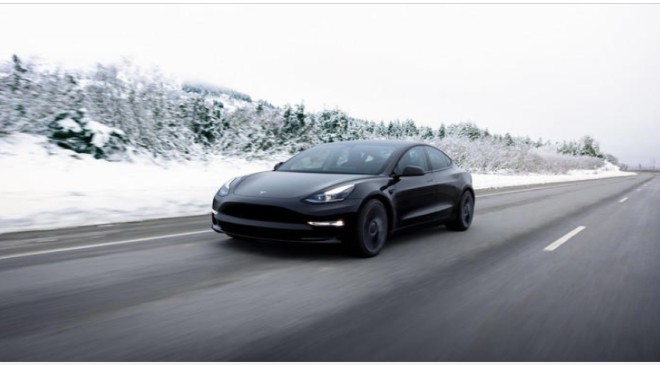 The stock market is having a difficult year. Rising interest rates and heightened geopolitical tensions have triggered the steepest losses since the COVID-19 sell-off in 2020. The broadly followed S&P 500 index has lost 16.8% year to date, but the tech-centric Nasdaq-100 is faring much worse, down nearly 26%.

That places the technology sector in a full-blown bear market.

Long-term investors can’t control when the stock market will recover, but they can control what companies they buy in preparation for improved conditions. The key question is this: When things do get better (and they eventually will), where might investors look first?

Down markets are a great opportunity to buy the dip in companies that are working on building technologies for the future. The car industry, for example, is in the midst of the greatest transition in decades, which could see electric vehicles (EVs) become the majority of sales by 2050, according to some estimates.

Tesla leads the pack in electric vehicle sales, accounting for a whopping 70% of all EVs sold in the U.S. during 2021. Demand for EVs could top $1 trillion annually by 2030, which gives Tesla an enormous runway for growth. But interestingly, the value of the autonomous vehicle market could exceed $2.1 trillion by 2030 (across all car models, not just EVs), which might accelerate demand for Tesla’s cars since the company is also a leader in this technology.

Put simply, the demand for self-driving cars could feed demand for electric cars in a big way.

Tesla is a financial powerhouse

Profitability is one of the key things investors look for in companies during tough times. Profitable organizations can typically survive without the need to raise capital, which can be hard to come by when markets stumble.

Tesla has delivered over 1.06 million cars to its customers in the last 12 months, generating $62.1 billion of revenue in the process. The ramp-up in both these figures in recent years has allowed the company to achieve an increasing level of scale, where fixed costs become a smaller percentage of the company’s revenue overall, paving the way for soaring profits.

This phenomenon is most evident in Tesla’s automotive gross profit margin, which climbed to 32.9% in first-quarter 2022, from 26.5% in the year-ago quarter. These results have flowed to the bottom line (earnings) in a very big way.

Shrinking the stock, expanding the business

In March, Tesla announced its intention to split its stock. It hasn’t confirmed the ratio of the split or the effective date, but the move is partly designed to make Tesla shares more attractive to smaller investors.

The stock currently trades at around $715 a share, which might be off-putting to retail investors who are deploying a small amount of capital. By completing a 5-for-1 stock split (as an example), it would increase the number of shares on issue fivefold, while reducing Tesla to $143 per share — which theoretically makes it more accessible.

Even though stock splits typically receive a positive response from investors, they’re purely cosmetic and add no intrinsic value to the underlying company.

For real long-term growth, it’s important to focus on Tesla’s business, which continues to expand. The company just added two new gigafactories in Berlin, Germany, and Austin, Texas, which could bring total annual production capacity to over 2 million cars each year.

While cars are the main driver of Tesla’s business, it’s also adding value through verticals like insurance, collision centers, and merchandise.

But residential solar power generation and battery storage could play a key role in the company’s future growth. In Q1 2022, storage deployments grew a rapid 90%, and Tesla is ramping production at a dedicated facility just to keep up with demand. Solar deployments fell during the quarter due to supply constraints, but are still up for the year.

The best rewards will likely come over the long term, but given Tesla’s explosive growth and popularity among consumers and investors alike, it’s reasonable to think Tesla stock could lead the charge when the broader market eventually pulls itself out of the current slump.

Our award-winning analyst team has spent more than a decade beating the market. After all, the newsletter they have run for over a decade, Motley Fool Stock Advisor, has tripled the market.*

They just revealed their ten top stock picks for investors to buy right now. Tesla is on the list — but there are nine others you may be overlooking.