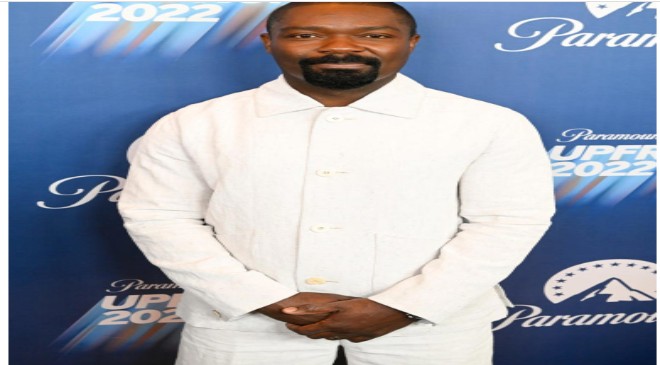 Harrison Ford and Helen Mirren are heading to TV and the “Yellowstone” Dutton family saga.

“1932” will introduce a new generation of the “Yellowstone” Dutton family and explore the early 20th century “when pandemics, historic drought, the end of Prohibition, and the Great Depression all plague the mountain west, and the Duttons who call it home,” according to a Paramount+ press release.

The new series follows the hit first “Yellowstone” origin story “1883,” which starred husband and wife team Tim McGraw and Faith Hill as settlers James and Margaret Dutton, founders of the family ranch. The drama also starred Sam Elliott, LaMonica Garrett and Isabel May, becoming the most-watched title ever globally on Paramount+ when it concluded in February.

Paramount+ announced Wednesday that the saga will continue with “1883: The Bass Reeves Story,” starring David Oyelowo as the legendary wild west lawman.

Known as the greatest frontier hero in American history, and also believed to be the inspiration for The Lone Ranger, Reeves worked in the post-Reconstruction era as a federal peace officer, capturing over 3,000 of the most dangerous criminals without ever being wounded, a Paramount Network release states.

In an Instagram video, Sheridan said, “Bass Reeves is the first African-American marshal west of the Mississippi, policing the entire Oklahoma territory.” Sheridan added of Oyelowo: “When I’m casting I’m seeking the great actors of our generation. And David Oyelowo is a once-in-a-generation talent.”

Oyelowo said of his character Reeves in the video:  “This is the guy the Lone Ranger was based on who got white-washed out of history. I cannot wait to get on that horse and tell this story.”

In other “Yellowstone” news, the show’s official Instagram page revealed season 5 will premiere Nov. 13 on the Paramount Network.

“Yellowstone,” starring Kevin Costner as rancher James Dutton, has already begun production for Season 5, following a record-setting Season 4 which saw the series nominated for a SAG Award acting ensemble and a Producers Guild Award. The fourth-season finale drew 9.3 million viewers to the Paramount Network in January.

Costner’s Dutton, the widowed patriarch of a long-running Montana ranching empire, tries to preserve Yellowstone Ranch against threats from the government, developers, a Native American reservation and his four dysfunctional adult children.

An additional Sheridan “Yellowstone” spin-off “6666” will premiere on the Paramount Network. The show, which takes place on the real 6666 Ranch in Texas, was featured in season 4 of “Yellowstone.”

No ranch in America is more steeped in the history of the West than the 6666. Still operating as it did two centuries before, and encompassing an entire county, the 6666 has inspired a new scripted series where the rule of law and the laws of nature merge in a place where the most dangerous thing one does is the next thing. The 6666 is synonymous with the merciless endeavor to raise the finest horses and livestock in the world, and ultimately where world-class cowboys are born and made

Westerns are hot on TV, fueled by Sheridan’s expanding universe. Amazon Prime recently featured the science fiction-infused Western “Outer Range,” starring Josh Brolin as a rancher with a mysterious portal on the edge of his remote property. Epix’s “Billy the Kid” began an eight-episode ride on April 24, highlighting the famed cowboy outlaw.