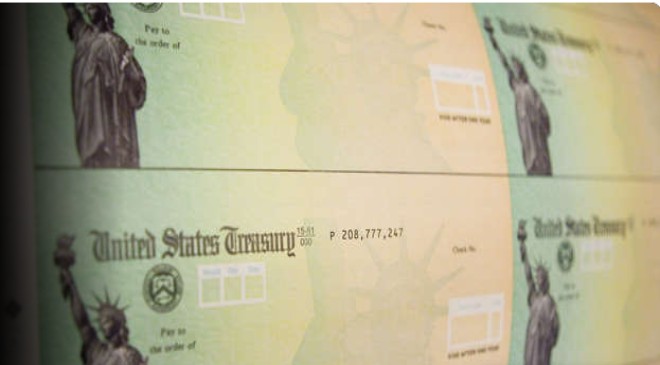 Another round of stimulus checks are headed to Americans in a couple of states that have approved additional COVID relief amid talks of a potential fourth payment from the federal government.

Individuals in Maine and New Mexico could see another check as early as June thanks to lawmakers in those states successfully passing more economic relief for residents. The legislation follows a similar move last week in Alaska, where the state Senate approved a spending package including cash payments of $5,500 for Alaskans.

With inflation at a four-decade high, some state governors and other lawmakers have pushed for new stimulus check payments or rebates in a bid to ease the financial toll on Americans. California, Minnesota, Colorado, Kansas, Hawaii and Pennsylvania also have stimulus proposals under consideration.

Check out below to see if you’re eligible for next month’s checks:

An estimated 858,000 people across the state will receive $850 relief checks to help alleviate rising prices caused by “pandemic-driven inflation,” according to Governor Janet Mills’ website.

To be eligible, individuals must file their income tax return by October 31 as a full-time Maine resident. However, they cannot be claimed as a dependent and must have a federal adjusted gross income (FAGI) of less than:

Maine residents are still able to receive these checks after June, although the first round of payments will be mailed as early as next month.

“In order to get these funds into Mainers’ hands as quickly as possible, the first round of relief checks will be mailed in June 2022—and will be delivered on a rolling basis through the end of the year as returns are received,” Mills’ office stated.

Some people may be eligible for up to an additional $1,400 in tax relief under the Homestead Exemption Program.

The $850 relief checks are estimated to return $729.3 million to taxpayers.

The state Legislature has approved tax rebates that will come over the summer, with the first payments expected to roll out next month.

The stimulus measures will provide a refundable income tax rebate of $500 for single filers and married individuals filing separately, and $1,000 for joint filers, heads of households and surviving spouses, according to the state’s Taxation and Revenue website. Single filers will receive equal payments of $250 in June and August, while joint filers will receive $500 each month.

Also, a refundable income tax rebate of $500 will be issued in New Mexico to married couples filing joint returns, heads of household and surviving spouses with income under $150,000. Single filers and married individuals filing separately with income under $75,000 will receive $250.

No application is necessary as the rebates will be sent automatically to taxpayers who have filed their 2021 returns by May 31.

“This summer we’ll be returning hundreds of millions of dollars in relief to families around New Mexico, protecting their paychecks and helping them cope with the rising prices of gas, groceries and other household expenses,” Governor Michelle Lujan Grisham said.