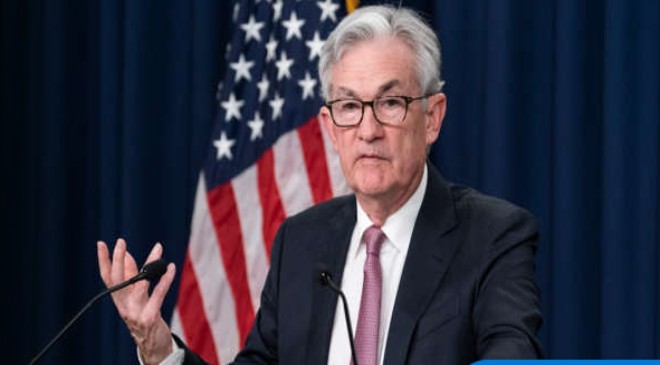 Federal Reserve Chairman Jerome Powell warned Tuesday the U.S. could feel “some pain” as the central bank raises interest rates to fight inflation, insisting the Fed would do whatever it takes to curb price growth.

During a live interview for The Wall Street Journal’s “Future of Everything” summit, Powell said the Fed will continue to raise interest rates until inflation starts to fall and the forces driving prices higher fade, even at the risk of a deeper economic slowdown.

But Powell made clear the Fed would not stop fighting inflation until it was on its way back toward the bank’s 2 percent annual target, even if it meant raising rates to levels meant to restrict the economy.

“Restoring price stability is an unconditional need — it’s something we have to do,” Powell said.

“The economy doesn’t work for workers, or for businesses, or for anybody without price stability,” he continued. “It’s the bedrock of the economy, and it’s something we need to do if we want to have the labor market we all want to have.”

Powell’s warning is the Fed chief’s latest attempt to reassure financial markets and businesses that the central bank will not let inflation spiral higher after more than a year of quickly rising price growth.

Annual inflation as measured by the Fed’s preferred gauge, the personal consumption expenditures price index, hit 6.6 percent in March — more than three times the bank’s yearly target. The Labor Department’s consumer price index, another key inflation tracker, rose 8.3 percent over the past 12 months, down slightly from an annual increase of 8.5 percent in March.

The Fed began hiking its baseline interest rate range in March, almost two years to the day after it slashed rates to near-zero levels and began buying hundreds of billions of dollars of bonds each month to stimulate the U.S. economy.

The Fed faced pressure to begin raising rates much sooner as inflation rose steadily last year, due in part to deep supply chain disruptions and hiring troubles driven largely by the pandemic. But Powell and the Fed — along with scores of economists — said inflation would likely fall as pandemic-driven forces began to fade deeper into the year.

Powell said the Fed’s view on the economy “changed pretty thoroughly” in October after economic data showed inflation was steaming ahead, demand for workers was growing and job growth was at much higher levels than initially reported earlier in the year.

“When that stopped and when the data started pointing toward a sort of stronger economy with higher inflationary pressures [and] higher wage pressures, we didn’t hesitate from that point.”

A growing number of economists and former Fed officials fear the bank may have waited too long to begin raising rates without causing a recession.

COVID-19 lockdowns across China, deep supply chain shortages, port backlogs, and the economic fallout of the war in Ukraine are also putting more upward pressure on inflation and weakening the global economy — a difficult mix the Fed can do little to fix.

“There could be some pain involved in restoring price stability, but we think we can maintain a strong labor market, defined as a labor market where unemployment is low and wages are moving up,” Powell said.

“It may not be the perfect labor market,” he continued, noting the unemployment rate may rise slightly from its current level of 3.6 percent. “But it will be a strong labor market.”