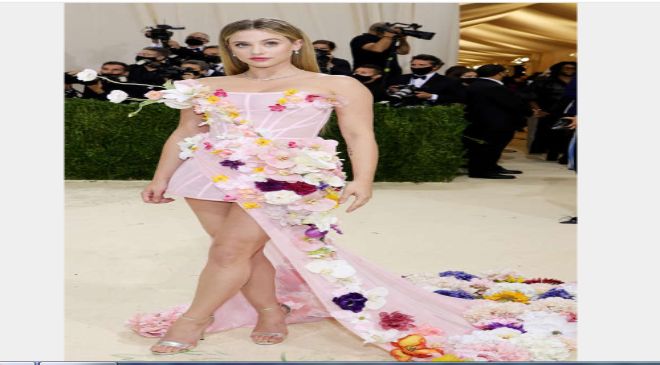 The Riverdale actress took to social media the day after the 2022 Met Gala. voicing her strong opinions about the lengths certain stars went to achieve their looks.

“To walk on a red carpet and do an interview where you say how starving you are… because you haven’t eaten carbs in the last month…all to fit in a f–king dress?” she wrote on her Instagram Story on May 3. “So wrong. So f—-d on 100s of levels.”

She continued, “To openly admit to starving yourself for the sake of the Met Gala. When you know very well that millions of young men and women are looking up to you and listening to your every word. The ignorance is other-worldly disgusting.”

Lili, 25, did not call out any celebrities by name, but her self-described “rant” comes one day after Kim Kardashian admitted to Vogue that she lost 16 pounds in just three weeks to prepare for the star-studded event.

In a profile, the SKIMS founder—who walked the red carpet on May 2 in a vintage gown once famously worn by Marilyn Monroe—said she initially couldn’t fit into the Hollywood icon’s dress and decided to slim down in order to wear it.

“It was this or nothing,” Kim told the magazine, adding that she “would wear a sauna suit twice a day, run on the treadmill, completely cut out all sugar and all carbs and just eat the cleanest veggies and protein” in order to lose weight. “I didn’t starve myself, but I was so strict.”

In her series of “rants,” Lili—who attended the Met Gala in 2018, 2019 and 2021—expressed concerns about the effects some stars are sending to impressionable fans.

“Please stop supporting these stupid, harmful celebrities whose entire image revolves around their bodies,” she wrote. “I am not generally an angry person but I swear to god, the toxicity of this industry sometimes really gets to me.”

This isn’t the first time Lili has used her social media platform to address the topic of self-image. Earlier this year, the Chemical Hearts star reiterated to fans on Twitter that everybody has a summer body.

“Reminder to myself, and to all—you don’t need a flat or perfectly toned stomach to wear a crop top,” she wrote on March 22. “These ‘summer body’ trends are toxic. Your body is ready for summer no matter what it looks like. Don’t let it stop you from enjoying anything.”

Lili has also been open about her own body image struggles. In January, she shared a candid Instagram Story post that she had been dealing with “obsessive thoughts” about her body and her weight, explaining how it had gotten “pretty severe.”

“It’s challenging to look at your body with love instead of criticism,” she wrote. “It’s a practice I’m still learning. I didn’t think being in this industry, that is so obsessed with womens’ bodies and weights, could ever mess with my own body acceptance and positivity…but it has. I wish I hadn’t grown up in a time where the media worshipped only one size of women.”

She concluded her post, “It’s heartbreaking that this feeling is understood by so many of us. Let’s continue to talk about it. Normalize it. Empathize with others. Show compassion and kindness.” 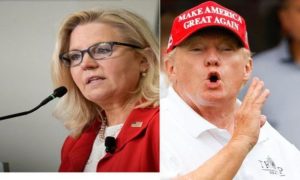 Rep. Liz Cheney Reveals How Trump-Supporting Lawmaker Ripped Him Behind His Back