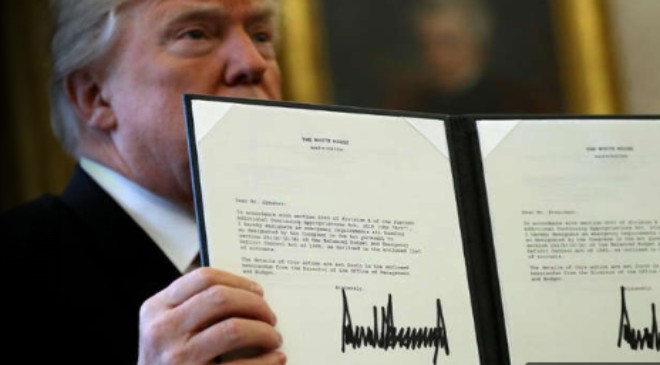 Donald Trump has long had a simple philosophy when it comes to legal matters: Sue, sue, sue.

A USA Today review in 2016 showed that Trump had been involved in more than 4,000 lawsuits over the prior 30 years, a stunning testament to his litigiousness.

In the White House, Trump just kept suing (or threatening to sue). As I noted in October:

It’s, well, kind of his thing. Trump often uses litigation as a way to influence public opinion. It’s a way of showing that he’s always on offense, and muddying the waters surrounding public perception about him and his business.

While, in the main, that strategy has worked for Trump over these many years, it may well be hitting a roadblock in the civil case being brought against him by New York Attorney General Letitia James.

Witness what happened Monday in New York. A judge ruled that Trump was in civil contempt for his refusal to comply with a subpoena for documents related to the investigation into whether his company made misleading or fraudulent financial statements. (The judge said Trump would be fined $10,000 a day until he complies.)

While Trump’s legal team said that they will appeal the ruling — because, of course — the decision does make clear the limits of the former President’s use of the legal system to obfuscate and stall.

The Point: Trump’s legal problems are, without question, the biggest threat to his running again for president in 2024. And they aren’t going away.