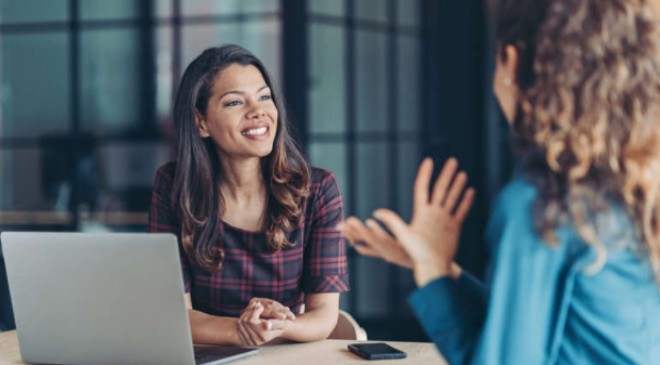 In the business of running a business — especially if you’re a serial entrepreneur — logo design is one of those duties that may get sidelined or delegated as you focus on bigger issues. I would never tell a fellow entrepreneur that they shouldn’t keep branding in perspective. But, I also wouldn’t recommend that a serious startup owner delegate the final say on their logo.

And here’s why: logos are tremendously difficult to get absolutely right, and incredibly easy to get very, very wrong.

Considering that a logo is one of the most important pieces of branding — in fact, the single piece of visual branding that is most commonly associated with your company. It’s imperative to get it right.

Many of the mistakes made by logo designers or entrepreneurs aren’t impossible to perceive and avoid. These five common mistakes are glaring red flags for bad logo design.

Low-budget design can be too obvious

Establishing and sticking to a budget is key for the successful launch of a startup. But branding definitely has a place in the budget, and funds must be allocated for that goal. Trying to brand on the cheap isn’t a good look for any business. This doesn’t mean that your logo has to be prohibitively expensive. In fact, it is possible to end up with a well-designed logo for less than five hundred dollars. Cheapness itself isn’t the mistake — it’s when a logo looks like it was done cheaply that it really counts against the interests of the business.

This can be a tricky point to be sure of, but some low-cost runarounds to be on the lookout for are pixelated elements. These could indicate that the design isn’t a vector image, which isn’t good. It could even indicate that the elements were potentially copied from someone else’s design. Or stock icons and fonts that look, for lack of a better word, store bought. A lack of individual elements can make your logo look cheap, even if it wasn’t.

I’d like to use this subheading as an ironic demonstration of what I mean by the common mistake of developing a logo that is too generic. There’s nothing to it. Technically, it gets the job done. But just like this subhead isn’t drawing any attention, a generic logo isn’t serving the interests of your business.

For me, the best way to combat this mistake is to never settle for the first iteration without investigating what other options are out there. You may end up coming back to the first version of your logo. But it’s definitely worth the time and effort to work with your designer (or to put the work in yourself). Adjust elements like color, font and iconography to get a range of possibilities.

Of course, it’s also important to be absolutely clear on who you are, what you have to offer and what values your company is founded on. A great logo (i.e., a non-generic logo) will reflect those qualities and set your logo apart from the rest.

Speaking of being set apart from the rest, the third common mistake that I see far too often is a logo that looks just a little too much like another one. It’s bad enough when a logo is a lookalike for a company that doesn’t even share a market, or an industry. But it’s so much worse when your logo resembles that of the competition.

Some may say that this is, in itself, a competitive act. If you’re joining a market with lots of successful competition, developing a logo that resembles the popular choice may grant you some of that market. Even if it’s only by accident because your audience thought they were working with your competition. Granted, that’s the decision of every individual entrepreneur. In my opinion, and in my experience, that’s a surefire way to shoot yourself in the foot. Nobody likes being tricked, and deliberate copycat logos amount to attempts to trick your audience. They will catch on, and they won’t like it.

On the other hand, sometimes the cause of a copycat logo is simply not doing enough research. So — do your research. Know the branding and especially the logos of your competition. Following a trend is one thing; failing to stand out is another and it can be a big mistake.

Another common mistake that I still can’t believe I see so often is poor color choice. For some of these badly-colored logos, it’s a technical failure, i.e., the color rendering somehow went wrong, either in print or virtually. But I think the main contributing factor to poor color choice is that some entrepreneurs, and even some graphic designers, see color as a purely personal preference.

And it isn’t. That is, it shouldn’t be. So many decisions go into choosing brand colors. What you choose can have a big impact on the success of your business. I would say personal preference belongs way, way down on the list of factors. Your research into the competition plays a much bigger part. So does the psychology of color. So does your target audience and the preferences they tend to have. So does your other branding. In short, if you want great logo design, don’t just pick a color that you happen to like. It’s important that you like your branding, and that you’re proud of it and want to show it off. But, other factors weigh more heavily in the consideration.

My final common mistake that I see in business logos is what I call the chaos effect. It’s a combination of poor spacing and too many elements that create a perfect storm of a logo. One that makes you want to look away from it immediately. A logo that is memorable, but for all the wrong reasons.

Your logo is tiny. Negative space is an important resource to be leveraged in order to avoid a logo that feels far too busy. The logo ends up overwhelming the viewer. The chaos effect may be a result of trying to get too many messages in too small a space. For example, if you have more than three icons in your iconic logo. Or if there are too many details in your logo to the point where it would be difficult to draw it from memory. If so, you may be experiencing the chaos effect. But having even a few elements that are just poorly spaced can elicit the same feeling.

From making mistakes to making it great

Logo design is neither as simple nor as complicated as we might think. Yes, there are a lot of elements that go into it. But at the heart of it, it’s about introducing yourself and your company.

It’s a lot like a handshake. There are a lot of fingers that could get in the way if not properly aligned. But if you learn how to avoid making mistakes and keep out of your own way, it’s not too hard to get it right, either.