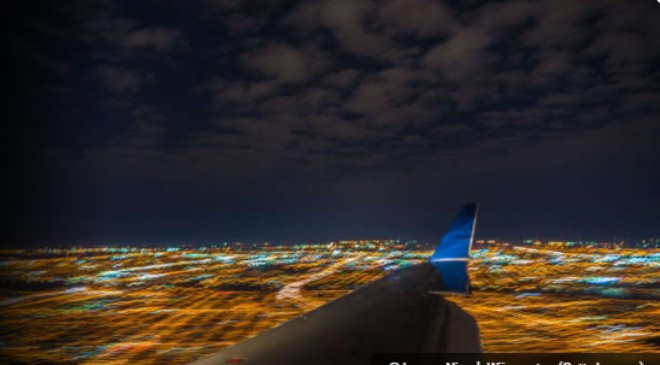 The inflight urge to post a plane selfie on Instagram with the caption, “catch flights, not feelings,” is often interrupted by a slow and spotty Wi-Fi connection. But the airline industry is perhaps starting to look for ways to upgrade its current connectivity.

Delta Airlines reportedly began testing out SpaceX’s Starlink satellites to connect their passengers to inflight Wi-Fi, according to The Wall Street Journal. Delta Chief Executive Ed Bastian reportedly told The Wall Street Journal in an interview that the airline company was running “exploratory tests” of Starlink’s technology, but did not provide further details on the issue.

SpaceX is aiming to send a whopping 42,000 satellites to low-Earth orbit as part of a growing internet megaconstellation. The satellites are meant to provide broadband internet to distant parts of the world. So far, SpaceX has launched 2,335 satellites to orbit.

The private space venture has reportedly been in talks with several airlines to provide aircrafts with Wi-Fi service. In June 2021, SpaceX’s VP of Starlink Jonathan Hofeller told a panel at the Connected Aviation Intelligence Summit that the company was looking to shift more towards commercial interests by the end of the year.

“We’re in talks with several of the airlines,” Hofeller said. “We have our own aviation product in development … we’ve already done some demonstrations to date, and looking to get that product finalized to be put on aircraft in the very near future.”

SpaceX CEO Elon Musk later tweeted that the company was looking to get certified to service different aircrafts such as Boeing 737 and Airbus A320.

Airplanes connect to Wi-Fi through a dome-shaped antenna on top of the plane that picks up signals from satellites. Delta currently has a deal with Viasat, a satellite communications company based in California, for its inflight internet service that launched in the summer of 2021. The airline offers its Wi-Fi services for $5 per flight, or a monthly subscription of $49.95.

As the demand for inflight Wi-Fi increases with people refusing to disconnect during those few hours in the air, airlines are perhaps realizing that they need to make more of an effort to connect their passengers to broadband internet.