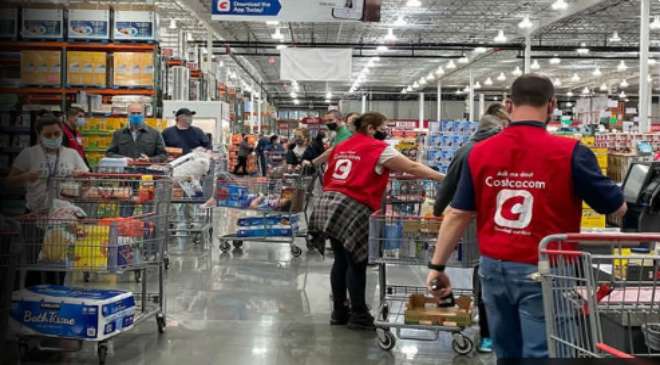 In 2021, Costco received good press because it raised its minimum wage twice. However, between the record profits Costco has made and the continued pressure of inflation, some workers are finding the company’s latest round of raises insufficient.

In the Costco subreddit, one worker shared a note that explained how Costco intended to give its “topped out” workers a $0.75 raise. After including the fact that Costco had reduced their $2 pandemic hazard pay to a $1 pay raise in 2021, the note writer concluded “This $0.75 ‘raise’ means you will be earning $0.25 less per hour than you did two years ago when hazard pay was fully in effect.” Costco decided this was appropriate, the writer continued, even though the company’s net income was 19.45% higher in 2021 than in 2022, exceeding $5 billion.

“A pay cut after all our hard work is not taking care of our employees,” they said. “It is a slap in the face.” They proposed workers instead get a 10% raise and an additional increase of $1 per hour each year to account for cost of living increases.

The message received support from workers on the subreddit. “Forgot to mention that CEO and the top brass got up to a 30% increase in the same time span,” one wrote. And as another Redditor pointed out, a 30% pay increase for a CEO is much more than what hourly Costco workers are getting.

This Could Potentially Hurt Costco’s Image

Some Redditors weren’t supportive of the complaint in the Costco subreddit; one person commented with the well-worn argument “Why not change jobs? Costco doesn’t owe you anything.” However, the poor raise structure struck a chord with some customers.

“I love Costco,” one said, “but will not keep shopping there if they are just going to turn into Sam’s Club by how they treat their workers.” This highlights a very important aspect of the Costco brand. Namely, it makes a big deal out of how it treats its employees.

In a piece exploring how Costco succeeded by going against the traditional rules of business, The Hustle lists Costco’s realization that paying its retail workers a living wage and giving them benefits like health insurance was more cost-effective than constantly hiring new workers. The current CEO, Craig Jelineck, made the same point to NPR when Costco raised their minimum wage to $16 in 2021: “I want to note this isn’t altruism … It helps us in the long run by minimizing turnover and maximizing employee productivity.”

Moreover, at the beginning of the pandemic, BuzzFeed uncovered how Costco chose profits over worker health with decisions like not preparing a coronavirus strategy despite having a Costco store in China and keeping infection data secret. This, combined with the recent news of Costco’s less-than-ideal wage increases, might make it hard for the warehouse store to keep up its image as a quality employer.