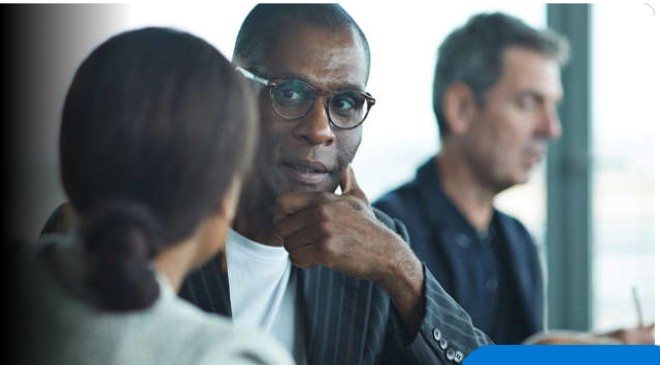 When the pandemic hit, companies felt like they were wading into uncharted waters. For most, remote work seemed like a new strategy, but many companies had been investing in establishing the necessary frameworks and precedents for years. At a time when few were paying attention to decentralized models, dozens of companies built themselves from the ground up without a physical location, showing us that remote operations were possible. Moreover, many great company cultures were able to remain intact.

In the face of lockdowns, sports fans, too, had to adapt. New behaviors were incorporated. The usual massive arenas of spectators, crowds of tailgaters and Superbowl parties — these fans couldn’t meet to watch in the same ways, and had to adapt. They turned to other avenues that previously might not have been as popular and laid the groundwork for new spaces, principally digital. These might not have represented the usual experiences, but fans figured out how to keep enjoying sports, and new ideas came through.

This same behavioral change played out in work culture. Companies supporting remote businesses only thrive because they listen to people’s needs. Likewise, instead of trying to emulate your old office environment in this new normal, to thrive in a decentralized work environment, listen to your employees.

Before the pandemic, people were confusing these two key busines concepts — often casually lumping them into the same bucket with a vernacular that blended the two. A person might say, “I need to be in an office,” but that, we discovered, is for the most part a want. Without an office, businesses adapted, and we at Butchershop Global, along with many others, discovered that no one needed to be in an office at all. And while needs should be met first, wants are also important, and both require a constant balance; when wants become widespread enough in a changing environment, they can eventually become needs.

So, reevaluate concepts like “decentralization,” “remote” and “hybrid” by putting them into separate buckets based on the needs and wants of the current environment, and change your relationship with the concept of location — consider focusing on creating “occasions” instead. We don’t need an office, but decentralization was less about never seeing one another without one, and more about asking people when they actually needed to see each other, then designing occasions to do that. At the moment, we’re developing pod spaces at a lower cost and impact: We have 1,000-square-foot hubs in accessible cities to support occasion-based needs with places for collaborative planning.

Prior to the events of 2020, it was easy to get locked into behavior…stuck in old ways, but the pandemic showed us that when confronted with forces out of our control, we can adapt to survive. Wearing masks, social distancing, regulating our movements and how our kids attend schools — when forced to change, we now know (and without a doubt) that we can. And once we let adaptation come through, we realized how new ways of doing things can be better. So, instead of trying to emulate location-based workflows, create the occasions employees want and need by listening to them and implementing new strategies.

Part of this listening process is assessing friction points — where people are having problems. Go from one to the next, eliminating them or replacing them with a solution. For example, without an office, we noticed it was hard for employees to get expenses approved; they were bearing the immediate financial burden of new equipment, home office set-up or paying an Uber to meet the team, and waiting to get reimbursed a month later. We all agreed that was painful, so our solution was to give everyone a company credit card with their own limits and permissions (for some of our junior designers, it was their first). Realizing that they could make decisions and ask for help that much faster and easier brought everyone closer together, even though we were still far away, and the credit card policy was simple: “Do no harm to the company.”

Company culture is both a want and a need, and a great one is absolutely necessary in order to thrive. Maintaining it is one of the greatest challenges of decentralization. Companies need to create new scenarios to replace the thousands of micro-interactions that happen in an office. During the pandemic, I wrote about 427 emails — one every night at five o’clock — to signify the end of the day. Just a short while ago, I took two people from our team who happened to be in town to a Golden State Warriors basketball game.

Without moments at the water cooler or salads over lunch, it’s vital to assess how to fill the bucket of interactions that a culture requires. Instead of replacing them with virtual replicas, however, focus on big-swing moments that keep employee reservoirs fuller longer. Without the need to pay for expensive offices, it’s possible to use saved money to design new projects that encourage occasion-based culture. We came up with the idea for a branded summit and asked everyone which they would prefer: getting together in an office every day or one big trip for a few days in Puerto Vallarta or Costa Rica. People chose the summit over the office, and filled their bucket of interactions for months as they discussed looking forward to the trip as well as talking about it after. Of our 150 employees, interactions increased 3,000% on Slack among those who hadn’t chatted together previously.

A key ingredient in any transition from “what we were” to “what we want to be” is clarity. With clarity, people do what they need to do, so explain how and why any actions are needed to move the company ahead, and back it up with facts. And as you go from initiative to initiative, show that you want progress over perfection every time. Lay out plans for change, why you believe it needs to be done, what it should look like and how you plan to support the team as they go through it, then evaluate fact-based results using data from your people. Did the change make employees happier? Did it make them feel better or worse about the company or its leadership? Reconsider metrics like efficiency and productivity through supporting employee needs and they will respond by wanting to make the company better.