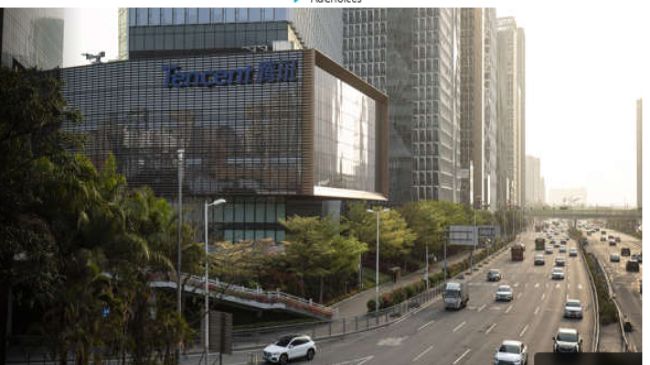 HONG KONG — Three years ago, American entrepreneur Raj Oswal traveled to the Chinese city of Shenzhen on behalf of a client. He was so impressed that he stayed and started his own tech company.

“You can’t find too many other cities in China or around Asia that really embrace innovation as Shenzhen does,” Oswal said, comparing his move there from California to his father’s decision in the 1970s to leave India so he could pursue his studies and a career in the United States.

Oswal described Shenzhen, a city of 17.5 million on China’s southern border with Hong Kong, as a place filled with “youthful optimism.”

Increasingly, it’s also filled with money. The former fishing village, now a tech hub known as China’s Silicon Valley, has joined Beijing and Shanghai as the world’s top three cities for billionaires, edging out New York for the first time this year.

According to the Hurun Global Rich List, an annual ranking compiled by a private Shanghai-based company, Beijing is home to the world’s greatest number of billionaires at 144, followed by Shanghai with 121. There are 113 billionaires in Shenzhen, compared with 110 in New York, while London came in fifth with 101.

The growing concentration of wealth isn’t news to people in Shenzhen, which added eight billionaires since last year.

“It’s almost more of a wake-up call for the rest of the world,” said Rupert Hoogewerf, chairman and chief researcher of Hurun Report, the company behind the list.

While rankings can fluctuate, he said the rising number of billionaires in Shenzhen reflected a “megatrend” that will draw more young entrepreneurs to the city in coming years.

“It is a significant indicator of where Shenzhen has come from and where it is going,” he said.

Shenzhen’s rise began in 1980, when it was named China’s first special economic zone as part of the country’s “reform and opening up” under then-leader Deng Xiaoping. That allowed the city to experiment with market capitalism in an effort to attract foreign investment. From 1979 to 2021, Shenzhen’s gross domestic product grew from less than $28 million to almost $475 billion.

Today, the city is home to some of China’s biggest tech companies, including telecom giant Huawei and the internet conglomerate Tencent, inspiring others to follow. Last year, 2,500 new state-recognized high-tech companies were set up in Shenzhen, bringing the total number to 17,000, according to the local government.

It is also part of what China calls the Greater Bay Area, an integrated economic and business hub that aims to link Shenzhen with eight other cities in Guangdong province along with the Chinese territories of Hong Kong and Macau.

The opportunities were apparent to Oswal even as he taxied from the Shenzhen airport after he first arrived in 2019.

“All the stereotypes that I had on Chinese cities were broken down one by one with the changing modern and green urban landscape along the road,” he said.

Heng Chen, an associate professor of economics at the University of Hong Kong, said Shenzhen’s momentum was aided by its welcoming environment for entrepreneurs.

“The structure of the population is still very young compared to other super cities or first-tier cities in China, so that’s one of the reasons why it’s a very attractive place,” he said.

In addition, government officials in Shenzhen “commit a lot of resources, financial resources to attract top talents from the rest of the world.”

But the city has also faced steep challenges during the coronavirus pandemic, especially in recent weeks as China battles its worst outbreak in two years. The government’s zero-tolerance strategy relies on border closures, mass testing and strict lockdowns, and the restrictions have caused delays at Shenzhen’s factories as well as its port, one of the largest in the world.

Despite the financial pressures of the pandemic, China’s economy has continued to grow “partly because Chinese cities are very flexible,” said Shang-Jin Wei, an economics professor at Columbia Business School and a former chief economist at the Asian Development Bank. “They can adapt to new situations.”

But China’s billionaires have also been “hit hard” in the past year, the report said, amid a regulatory crackdown on technology, education and other industries and the government’s “common prosperity” campaign promoting more even distribution of wealth.

China lost 160 billionaires in the past year, more than any other country. Colin Huang, founder of e-commerce platform Pinduoduo, experienced the greatest loss of wealth at $50 billion as shares of his Nasdaq-listed company plunged. Xu Jiayin, chairman of embattled property developer Evergrande Group, lost more than $23 billion as his company continues to miss bond payment deadlines.

Zhong Shanshan, the founder of bottled water and beverage company Nongfu Spring, remains China’s richest person with $72 billion in wealth. ByteDance founder Zhang Yiming, whose company owns the video app TikTok, is second with $54 billion. Just behind him is Zeng Yuqun, founder of electric-vehicle battery maker CATL, who is worth $53 billion.

Pony Ma of Tencent and Jack Ma of technology giant Alibaba, two of China’s biggest names in business, both dropped out of China’s top three wealthiest people for the first time since 2015. Pony Ma fell to fourth on the list as his wealth shrank to $52 billion, followed by Jack Ma with $37 billion.

There are no Chinese billionaires in the global top 10, which is led by Tesla and SpaceX chief executive Elon Musk with a net worth of more than $200 billion. Hoogewerf said that is partly because Chinese billionaires tend to run businesses with a domestic, rather than global, focus.

Indian telecommunications tycoon Mukesh Ambani was the only Asian on a top 10 list otherwise dominated by the U.S. and France. But he has been alternating the title of Asia’s richest person with Indian infrastructure magnate Gautam Adani. The two men, who according to Hurun Report each have a net worth of about $100 billion, were also neck and neck on the Forbes list of the world’s billionaires that was released this week, coming in at No. 10 and 11.