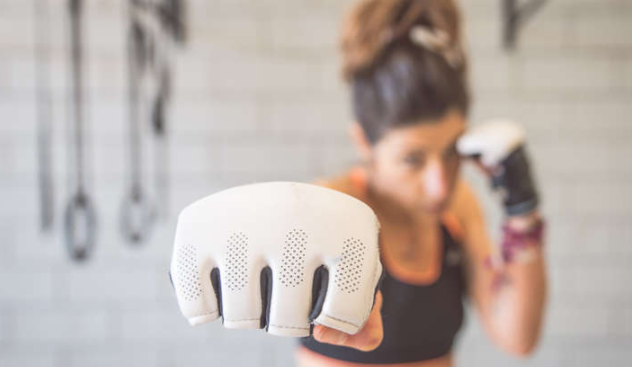 The Most Jealous Zodiac Sign, According to an Astrologer

Admit it—you’ve felt jealous at least once in the past week. Jealousy is a natural human emotion that we all experience from time to time, whether we’re feeling envious about a partner’s ex or a friend’s career, or just generally experiencing resentment toward happily married couples. It happens to the best of us, but the reality is that some people are more jealous than others. One possible reason? The time of year you were born. Read on to discover the six most jealous zodiac signs, from a little bitter to totally green with envy.

Libra is the sign of partnership. They love to be in relationships. “If Libra is in a romantic relationship, their jealousy usually shows up when they see a hotter or more ‘ideal’ couple,” says astrologer and tarot reader Ryan Marquardt. “Even if a Libra is head over heels in love with their partner, they might second guess the entire relationship when they discover another couple who seems to ‘have it all’ in a way that Libra isn’t experiencing.”

Despite having a great relationship already, they will still find themselves envious of others. For single Libras, it can get even worse. “They will usually talk down on couples in public, or make rude remarks about their BFF’s crushes, just because they’re jealous they aren’t the apple of anyone’s eye,” Marquardt adds. The good thing about a Libra’s jealousy is that it usually passes. Soon enough they’ll be back to their bubbly, charming selves.

Be wary of a jealous Virgo. Ruled by Mercury, the planet of communication, Virgos can be sharp with their tongue when they’re feeling green with envy. Generally speaking, they want to be the best version of themselves possible, and most of the time their behavior comes from a good-hearted place—but not always.

“If a Virgo spends years working hard to become a fitness instructor, and they keep not getting a job in that career field, they will become jealous when they see other people with much less experience waltzing in and landing the gig,” says Marquardt. If they’re feeling insecure, it’s usually because someone is naturally better at something than they are, no matter how hard they work at it.

Taurus loves indulging in the finer parts of life: expensive candles, fancy dinners, box seats on Broadway. But not every Taurus is able to afford a life of luxury. “If you have more material worth than a Taurus, they can get incredibly stubborn and pessimistic, and they might even make you feel bad for living such an extravagant lifestyle,” says Marquardt. Thankfully, the feeling is generally temporary and will pass.

Leo has a fun competitive energy, but if they feel like you’re outshining them, they’ll be bullish about proving their worth. That’s why Leo gets the stereotype of being overdramatic—it stems from jealousy. “Leos can be very calm and pleasant people when their egos aren’t being threatened, but the second someone is unimpressed by what Leo has to offer, they make it their mission to overdo everything until you notice their star-power,” says Marquardt.

The solution? Acknowledge how unique they are, even if you don’t particularly like them or their skills.

Cancer is a cardinal water sign, meaning it can be pretty forceful with its feelings. If a Cancer is jealous, you’ll know it. While this sign enjoys being a caretaker for other people, “when you choose to seek advice or nurturing from someone else, Cancer sees that as a sign of rejection,” says Marquardt. They’ll use that as an opportunity to take jabs at the other person you’re confiding in.

“It’s not because they don’t like that person, it’s just that they’re hurt you’ve found someone else to help you heal,” adds Marquardt.

No sign has a bigger reputation for jealousy than Scorpio—and with good reason. “They want what you have, and when they can’t get it, they’ll start leveraging power plays and control dynamics as a means of channeling their jealous energy,” says Marquardt.

He also warns that Scorpios in relationships show their jealousy through paranoia and suspicion. But there’s good news. “If they can overcome their jealous nature, they transform into one of the most sharing signs,” says Marquardt. “One of the highest modes of operating for a Scorpio is through mutual reciprocity, where there’s an equal give and take.”