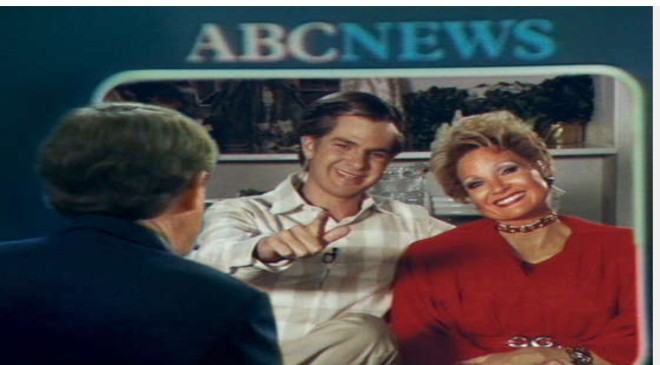 While she is the frontrunner in the Best Actress race for her portrayal of televangelist Tammy Faye Bakker for The Eyes of Tammy Faye, Chastain admitted she was “freaked out” the first time she put on the heavy makeup Bakker was known for.

“The very first test I did was difficult, honestly,” Chastain told The Los Angeles Times. “I mean, we fixed it. But I was freaked out. I was like, ‘I don’t know how to act like this.’ People think it’s easier, but it’s not. You have to reach through the makeup—you can’t let the makeup be the performance.”

Revealing that it took four hours each day for the film’s also-nominated hair and makeup team to complete her physical transformation—including sealing a dimple in her chin and making her face more round—Chastain also opened up about how turning into Bakker affected her on the inside and out.

“I think for sure I’ve done some permanent damage to my skin on this,” she told the publication. “Listen, I eat very pure and I take very good care of my skin and I stay out of the sun and all that stuff. But it’s heavy. And when you’re wearing it all day every day—the weight of it on your body, it stretches your skin out.”

The Twilight star took on a royal challenge for Spencer, which follows Princess Diana over the course of a pivotal weekend in her life: December 1991, when she decides to leave her husband, Prince Charles.

Though the movie only focuses on a small portion of time, the Best Actress nominee spent four months researching the late royal.

“The script doesn’t profess to know anything, it doesn’t cover any black-and-white detail,” Stewart told Variety. “But I read everything. And somehow, in a sort of abstract way, the script substantiated everything I learned in detail. So it was really nice that The Crown existed. And it was really nice that we’ve had all these documentaries and this evolved relationship with what happened.”

To take on Diana’s voice, Stewart worked with dialect coach William Conacher, who also trained Emma Corrin for The Crown and Naomi Watts when she played the People’s Princess in 2013’s Diana.

“This process took about six weeks, and I probably colored the wig three times before I met Kristen,” Yoshihara shared with InStyle. “When we did the first fitting I knew the color wasn’t right, so I colored it again.”

Transforming into comedy icon Lucille Ball for Being the Ricardos required three months of vocal training for the Australian actress to capture both Ball’s voice and her I Love Lucy alter-ego.

“It was terrifying! It was so out of my reach,” Kidman admitted to Vanity Fair of learning how to speak like Lucy Ricardo. “You usually don’t sit around at home, but we were in lockdown in Australia, so I was preparing for a couple of months. Admittedly, it was over Zoom, or I was sitting in my living room watching the I Love Lucy shows—and I was going, ‘Psssh, how am I going to pull this off?’ I was like, drinking, and doing everything I could! But after a lot of practicing, it just kind of happened physically and emotionally.”

the New York-born Ball’s real-life speaking voice was equally as challenging for the Oscar winner because the comedian was a heavy smoker.

“She had a voice that was a lot deeper than mine,” Kidman said. “I was able to work with my coach, who was able to help me lower my voice. And I did that as Virginia Woolf [in The Hours] as well. So I’ve done it before. As an actor, it’s something you learn when you’re in drama school and you go, ‘Am I ever going to be using this?’ I mean, I had to pull everything out to try.”

The preparation paid off, with Kidman earning a nomination for Best Actress for her portrayal, which also required the use of wigs, minimal prosthetics and changing her eyebrows.

Nominated for Best Actor for his portrayal of Desi Arnaz opposite Kidman’s Ball, Bardem also worked with a dialect coach to capture the actor’s distinctive Cuban accent in addition to taking singing and conga lessons to perform several of Arnaz’s signature songs.

“I have never sung before. I just had a month and a half to learn. I did a lot of work and applied a lot of hours trying and trying,” Bardem told Vanity Fair. “I had a great teacher, and we did it by Zoom. She really taught me how to enjoy the process, and I actually enjoyed it way more than I expected. During the ‘Babalu’ scene, I was having too much fun. I was drumming so hard on the conga that there was blood coming from my hands!”

For the role of William Frawley in Being the Ricardos, director and writer Aaron Sorkin only had Simmons in mind. But the was hesitant to join the project.

“I wasn’t all that interested, despite Aaron’s involvement,” Simmons admitted to Variety. “I’ve always been reluctant to portray real people, especially 20th century people who have been in the public eye.” After Sorkin reassured him that that he was “not interested in mimicry,” Simmons signed on, with his portrayal of Frawley, who played Fred on I Love Lucy, earning a nomination for Best Supporting Actor. “Obviously I’m very glad I did the film,” Simmons said.

To prepare for the role, Simmons read six books about the iconic sitcom and extensively researched Frawley’s career.

To portray the overweight and balding Paolo Gucci in House of Gucci, Leto spent six hours in hair and makeup, with now Oscar-nominated designer Göran Lundström using a 3D scanner to make the prosthetics.

Known for his penchant for method acting—a Best Supporting Actor winner in 2014 for Dallas Buyers Club—Leto preferred to remain in character as the outlandish fashion designer as much as possible, with Lundström telling Variety, “We usually apply makeup on set, but Jared wanted us to apply this at a separate location. So, he would show up on set as Paolo Gucci.”

Leto’s transformation was so realistic that his co-star Al Pacino didn’t recognize him the first time they met.

“I showed up for the first day of work in character and I went up and said ‘papa,’ you know, papa in an accent, and he looked over and kind of just skirted away from me,” Leto recalled on The Tonight Show with Jimmy Fallon. “I said, ‘Oh, maybe he is a little grumpy, I don’t know.’ I said, ‘Papa, it’s me Paolo,’ and he basically shuffled off again like, ‘Who is this creep?'”

Father, son and House of Gucci, the pop star’ s decades-spanning transformation into Patrizia Reggiani was a massive undertaking for her glam team.

“This wasn’t just a period piece that spans 30 years of a woman’s life and story—she was a real person,” makeup artist Sarah Tanno told Vogue. “These things really did happen, and we really wanted to treat it as documentary as possible, studying the way she moves, the way she talks, the way she lined her lips, the way she colored her hair—all these little nuances that were very specific to Patrizia as a woman.”

Sporting 55 different hairstyles in the movie, Gaga—who went from platinum blonde to jet black for the role—also wore 10 wigs that cost a total of $10,000 and usually spent four to five hours in hair prep every morning.

Of course, the most important aspect of the Oscar winner’s performance was her Italian accent, which became Internet fodder immediately after the first trailer debuted. Memes and some criticism aside, Gaga worked tirelessly on nailing Reggiani’s voice.

“I started with a specific dialect from Vignola, then I started to work in the higher class way of speaking that would have been more appropriate in places like Milan and Florence,” she explained to British Vogue. “In the movie, you’ll hear that my accent is a little different depending on who I’m speaking to.”

Costume designer Jenny Beaven put together 47 looks for Estella before she turns into Cruella, including a gown that was embellished with more than 5,000 handmade petals, mixing high-fashion pieces and vintage finds to nail the supervillain’s wicked style in 1970s London.

“I wanted her to look punk but also have a beauty element to it,” Stacey explained.