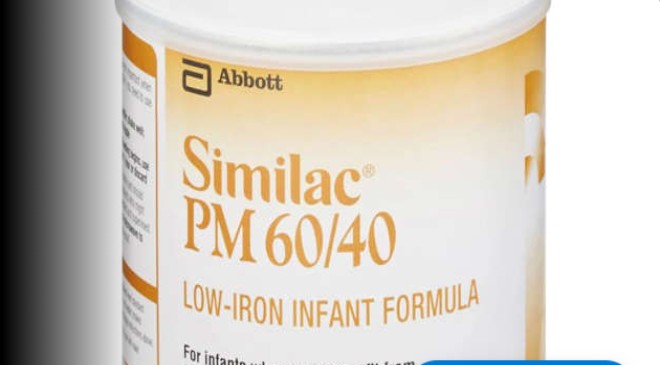 The US Food and Drug Administration (FDA) has determined the company running a plant at the center of a baby formula recall didn’t take steps to prevent products from becoming contaminated during manufacturing, according to a preliminary report filed this month.

The company, Abbott Nutrition, also failed to ensure that surfaces in the plant that touched the formula were maintained to prevent contamination, the FDA inspection — conducted between January 31 and March 18 — found.

The inspection findings come after Abbott recalled several lots of Similac, Alimentum and EleCare baby formula made at its Sturgis, Michigan, manufacturing plant. The recalled formulas have been linked to serious Cronobacter sakazakii and Salmonella infections in five infants. Two of the babies with Cronobacter infections died.

The formula recalls have exacerbated product shortages due to supply chain issues, causing parents to scramble to find replacements.

The FDA findings were part of a pattern of deficiencies noted at the plant following inspections this year, as well as in 2019 and 2021.

The findings in the preliminary report, called a form 483, don’t represent the agency’s final determinations of possible violations. Form 483 reports are typically followed by formal reports and, when applicable, a warning letter to the company.

Abbott said it is reviewing the FDA’s observations in a statement posted on the company’s website.

“We’re taking this seriously and are working closely with the FDA to implement corrective actions,” the statement said. “We have already begun implementing corrective actions and enhancements at the facility, leveraging new technology and strengthening our processes, to give parents and customers renewed confidence in the quality of manufacturing at our Sturgis plant when we restart operations there.”

The FDA’s testing found Cronobacter sakazakii on a piece of equipment called a “scoop hopper,” which holds the plastic scoops placed inside baby formula cans, the report says. Investigators also found the bacteria on the floor around product dryers.

The report also says sampling conducted by Abbott in February detected Cronobacter bacteria 20 times within two weeks in low-, medium- and high-care areas where powdered formula was produced. Cronobacter was detected eight other times in medium- and high-care areas where formula was produced between October 2019 and February 2022.

An internal investigation by Abbott to determine the cause of the February contamination concluded the bacteria likely entered the building with contractors who walked on the roof then failed to properly clean their shoes before entering production areas.

In its February recall notices, Abbott stated, “Importantly, no distributed product has tested positive for the presence of Cronobacter sakazakii. Recently tested retained product samples of Similac PM 60/40 and were negative for Cronobacter.”

Abbott additionally said it conducts extensive quality checks on each completed batch of formula, and all finished powdered infant formula products are tested for Cronobacter, Salmonella and other pathogens. Retained samples of formula linked to three of the Cronobacter infections and the Salmonella infection were all negative for the bacteria, according to the company.

The FDA’s inspection findings revealed, however, that in the course of a January internal investigation into the report of a baby’s death, Abbott failed to test retained samples of the Similac Pro Total Comfort formula that the baby was drinking when he or she fell ill. The inspection also notes samples of Similac powdered formulas tested in September 2019 and June 2020 were positive for Cronobacter.

“This FDA report has revealed practices at an Abbott facility that are deeply troubling — and makes it all the more urgent that we get answers from Abbott, like I’ve been pushing for,” said Sen. Patty Murray, a Democrat from Washington who chairs the US Senate Committee on Health, Education, Labor and Pensions.

“This is another troubling report establishing a pattern of Abbott Nutrition’s inadequate efforts to keep its products safe,” Casey said in a statement released by his office Tuesday. “We will keep pushing to get to the bottom of this for the families who have been put at risk by contamination, as well as those families who now fear whether they’ll be able to find enough formula for their child’s next meal.”