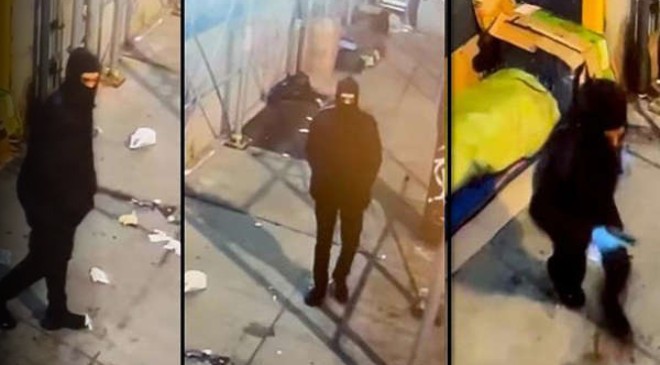 His victim begged for mercy, police say. But all Gerald Brevard allegedly did, according to court documents, was pull the trigger, then sit on a nearby curb. A surveillance camera picked up music playing.

rald Brevard allegedly preyed on five homeless men, killing one victim in Washington, DC, and another in New York City.

Court records released by Superior Court of the District of Columbia on Wednesday show evidence investigators have gathered on Brevard.

Investigators from DC Metropolitan Police have multiple surveillance videos of the man they believe is Brevard at each shooting scene. The investigators from each agency also have cell phone data confirming his location and a tipster who led police to Brevard, according to the court document.

When contacted by CNN, Brevard’s attorney declined to comment.

Surveillance recordings from H Street in Washington, DC, the sound of a gunshot, then a male voice saying “no, no, no” and “please don’t shoot” just before 1:30 a.m. on March 8.

A witness to the shooting told Metropolitan Police they saw Brevard allegedly fire one shot at the homeless victim, who was sitting in a lawn chair. The victim screamed and ran but Brevard followed, allegedly firing his weapon several more times, the witness told police.

When he was done shooting, surveillance footage caught audio of Brevard playing music from what appeared to be a mobile device, Metropolitan Police said, according to the court document.

The homeless victim suffered gunshot wounds to his head, face, chest, thigh, buttock and hand, according to court records. The unknown victim survived and still has not spoken to investigators because of the nature of his injuries.

Metropolitan Police believe this was Brevard’s second shooting. The first is believed to have taken place on March 3 in Washington, DC, where Brevard allegedly shot another homeless person twice in the lower back and the victim suffered a graze wound to the arm, according to the court document. That victim survived, DC Metropolitan Police say.

Then, on March 9, police responded to a fire on New York Avenue in Washington, DC just before 3 a.m., where they found a victim, Morgan Holmes, 54, dead with several burn injuries, according to the charging document.

The DC Medical Examiner later determined Holmes suffered multiple stab wounds, at least two gunshot wounds along with burns to most of his body and ruled his death a homicide.

After canvassing the area for surveillance photos, Metropolitan Police spotted a man they say is Brevard in almost the same outfit as he wore in the previous shooting attacks: a black hood, a black face mask, a quilted black jacket, blue gloves, black pants and black sneakers with white markings on the toe and ankle area. He was holding a mobile device and a white cord, similar to those used for head phones.

Multiple cameras caught the man investigators suspect is Brevard walking around the area where Holmes was found. After a few minutes, a man police believe was Brevard left and was seen on another camera at a nearby gas station trying to pump gas into a cup.

The man police believe is Brevard was later seen back at the area where Holmes was found. After crouching down multiple times, the video shows a fire being lit, the court document shows.

Brevard then allegedly traveled to New York, first shooting a sleeping homeless victim in the arm just after 4:30 a.m. on March 12 on a street in lower Manhattan. He survived and described his attacker to police.

Later that day, the New York Police Department responded hours later to a homeless man who was found dead on Howard Street, less than a mile from where the first shooting took place, according to the court document. NYPD later determined, after analyzing the ballistic evidence and partnering with Washington DC’s Metropolitan Police, that both homeless men had been shot by Brevard, the court record shows.

After several photos of Brevard — whose identity was not known at the time — were released by law enforcement in New York and Washington, a tipster reached out to Metropolitan Police and said they recognized the man in the photo.

After Metropolitan Police showed the tipster multiple photos of Brevard, the tipster gave them Brevard’s Instagram handle, date of birth and phone number, according to the court document. That’s when investigators saw a recent post from Brevard, showing him in some of the same clothing he had been wearing in surveillance footage from the shooting scenes, and another photo with the caption “Feeling Devilish Feeling Godly,” which was taken in DC.

Investigators were also able to obtain Brevard’s cell phone number from a “social media provider” and then use the cell phone provider to get his location during the previous days. Investigators saw the cell phone data that showed he had been in Washington, DC and in New York. It coincided with the incidents they were investigating, the court document said.

Then, on March 15 at 2:30 a.m. investigators from the Bureau of Alcohol, Tobacco, Firearms and Explosives spotted Brevard and, after his brief attempt to run, he was taken into custody near Pennsylvania Avenue.

Further microscopic testing was done on the shell casings that were found at the scene of each shooting, and it was determined that they all came from the same gun, according to the court document.