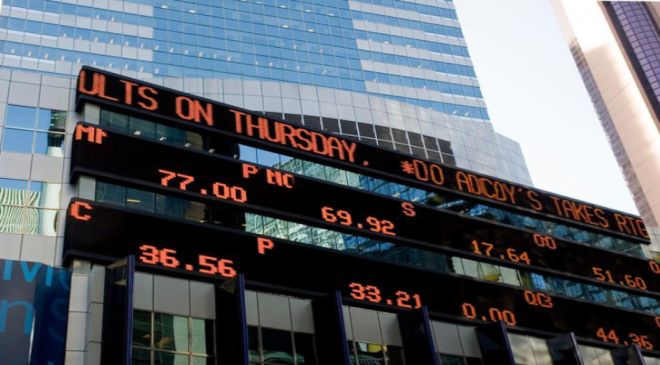 Amid a flurry of economic data and geopolitical uncertainty, two FAANG stocks have made waves over the past five weeks by announcing rather large stock splits.

In February, Alphabet (NASDAQ: GOOG)(NASDAQ: GOOGL), the parent company of internet search engine Google and streaming platform YouTube, announced it would split its shares 20-for-1 by mid-July, assuming it received shareholder approval to do so. This split will bring Alphabet’s shares down from around $2,600 to about $130.

Last week, e-commerce giant Amazon (NASDAQ: AMZN) followed suit with a 20-for-1 split announcement of its own. This’ll be Amazon’s first stock split since 1999, and it’ll lower the company’s share price from $2,910 to roughly $145.50.

Amazon and Alphabet could be set to join the Dow

In addition to making their shares more affordable for retail investors who aren’t able to buy fractional shares through their online brokerage, these respective 20-for-1 splits could allow Amazon and Alphabet to join the iconic Dow Jones Industrial Average (DJINDICES: ^DJI).

Unlike the benchmark S&P 500, which is a market cap-weighted index, the Dow Jones is a price-weighted index. This is to say that a company’s share price, not its market value, is what determines its influence within the Dow.

For example, Apple may be the largest publicly traded company ($2.53 trillion market cap), but its $155 share price makes it only the 16th-most influential stock in the Dow. Travelers, which has the second-smallest market cap of any Dow stock ($42 billion), has more influence than Apple thanks to its $174 share price.

What’s more, the committee that makes changes to the Dow Jones Industrial Average prefers to make the index representative of the U.S. economy, as well as pack it with stocks that have a history of outperformance. If a company becomes less relevant, or if its share price drops too much, it risks being removed from the index.

These current Dow stocks may be on the chopping block

If Amazon and Alphabet enter the Dow, two other companies are going to get the heave-ho. The big question is: Which companies would be on the chopping block? I have three in mind.

In my view, the most logical company to kick out if Alphabet enters the Dow is tech stalwart IBM (NYSE: IBM). IBM has the ninth-lowest share price in the Dow, and its influence has been shrinking within the index for more than a decade. Since the beginning of 2010, the Dow Jones Industrial Average is higher by 216%. As for IBM, it’s down 1% over the same period.

The biggest issue for Big Blue is that the company waited too long to begin investing in cloud computing. As a result, its legacy software operations have been a drag on its top line. More often than not, IBM has reported year-over-year sales declines for the past decade.

IBM’s share repurchases have also missed the mark. Despite management attempting to prop up IBM’s share price with a hearty capital return program, the company’s approximately $80 billion spent on cumulative share buybacks since the beginning of 2010 haven’t helped shareholders.

If there is a silver lining, it’s that cloud revenue has been growing as a percentage of IBM’s total sales. This is a result of organic sales expansion, as well as IBM not being shy about making acquisitions. But even with the company spinning off its managed infrastructure service operations in November, IBM’s transformation has years to go, and it no longer looks like the same tech pillar that once made it a great Dow component.

Another Dow stock that seems highly likely to get the boot is material science solutions provider Dow Inc. (NYSE: DOW). In my opinion, removing Dow in favor of Amazon would make the most sense.

To begin with, Dow exerts minimal influence with the Dow Jones. It has the sixth-lowest share price within the index (about $61), and even though market cap doesn’t factor into the Dow Jones’ calculation, it’s hard to ignore that Dow is the third-smallest company ($45.5 billion), ahead of only Travelers and Walgreens Boots Alliance. In fact, it’s not even the largest chemical company by market cap (that honor goes to specialty chemicals company Air Products and Chemicals), yet it has a spot in the most iconic stock index.

Another reason to give Dow the boot is that it’s no longer the company it once was. In 2019, DowDuPont split into three separate businesses: DuPont, Corteva, and Dow. As a combined company in 2019, DowDuPont was somewhat representative of the U.S. economy. But following its split, many of those key components that made the company worthy of inclusion in the index are no longer there. Arguably, Amazon’s logistics are more representative of the U.S. economy than Dow’s packaging and plastics segment.

A third stock that could be kicked out of the Dow Jones Industrial Average is networking behemoth Cisco Systems (NASDAQ: CSCO). If IBM weren’t to get the boot in favor of Alphabet, I’d have to think Cisco Systems is next on the list.

In terms of market cap, it’s the 13th-biggest in the Dow. But since market cap doesn’t matter for a price-weighted index, Cisco’s $55 share price (the fourth-lowest in the index) is what stands out. Since the beginning of 2010, shares of the company have underperformed the Dow by 88 percentage points, and in terms of share price, Cisco is still nowhere near its dot-com bubble peak.

In a somewhat similar situation to IBM, Cisco Systems’ dilemma is that it’s undergoing a long-winded transformation. Instead of relying on networking hardware to drive sales, the company has shifted its focus to the cloud and software solutions. Despite the fact that its legacy segments are highly profitable, they’re weighing down Cisco’s growth potential.

As I stated last June, the one thing that could be saving Cisco from being shown the door is that no other networking equipment company is even close to it in size. But since it’s not clear how important a networking equipment company is as the world becomes increasingly digitized, the door remains open for Cisco Systems to be removed from the Dow.

They just revealed what they believe are the ten best stocks for investors to buy right now… and IBM wasn’t one of them! That’s right — they think these 10 stocks are even better buys.