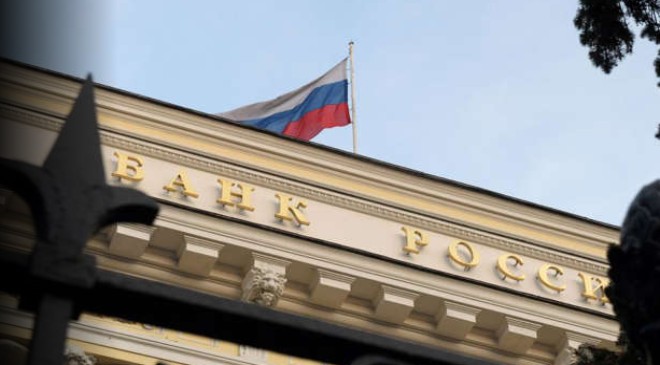 Russia is close to being unable to pay its debts amid sanctions imposed by the west after Vladimir Putin’s invasion of Ukraine.

The World Bank’s chief economist, Carmen Reinhart, warned on Thursday that Russia and its ally Belarus were “mightily close” to default.

A key test will come on Wednesday next week, when the Russian state has to make a $117m (£89m) payment on some of its debts denominated in US dollars. While Russia has relatively low debts and its financial system is less integrated with the rest of the world than other countries’, some analysts warn an imminent Russian debt default could have unforeseen consequences.

What happens in a default?

A default occurs when a borrower fails to make agreed payments on their debts.

The Bank of Canada and Bank of England, which track global sovereign defaults, estimate the total value of government debt in default around the world was $443.2bn in 2020 – about 0.5% of world public debt.

Recent governments to default include Argentina, Belize, Ecuador and Suriname, with nations typically failing to keep up on payments denominated in foreign currencies. Some have strong track records, including the US and the UK. However, both have defaulted in the past – including Britain in 1672 under the reign of Charles II and the US in 1862 during the American civil war.

Russia must make two coupon, or regular interest, payments on 16 March. However, it will have a 30-day grace period, meaning a default would not formally happen until at least April.

When was the last time Russia defaulted?

Russia has defaulted before, including during the 1917 revolution and in 1998, when the country’s economy remained weak after the collapse of the Soviet union and the costs of war in Chechnya meant it was unable to keep up with its debt payments. However, even then, Russia kept up with dollar payments.

The so-called rouble crisis caused severe damage for neighbouring economies and sent shock waves through the global financial system, including huge losses for the US hedge fund Long-Term Capital Management.

Russia has strengthened its financial position in recent years in response to western sanctions imposed after the 2014 annexation of Crimea, with the government running budget surpluses and cutting its reliance on the US dollar.

According to the Institute of International Finance (IIF), Russia’s external liabilities – money owed to creditors by the government, companies and households – have fallen from about $733bn in 2014 to about $480bn. Of this, $135bn is due to be paid to creditors within one year.

However, the amount owed by the government itself is relatively small. The state has about $40bn in foreign currency bonds denominated in dollars and euros – tiny compared with the size of its economy and with several comparable nations. Overseas investors also hold $28bn of Russian debt denominated in roubles.

However, the scale of the problem is bigger for Russian corporates, with just under $100bn in international bonds outstanding.

Investors in Russian debt include hedge funds, which prefer taking risky bets, and major global asset managers. According to the Financial Times, the US fund manager Pimco, one of the world’s biggest bond market investors, has amassed a $1.5bn position in Russian sovereign debt.

Why could Russia default?

Western sanctions on Russia’s central bank and the country’s biggest lenders are causing disruption for financial transactions. Moscow has also imposed capital controls in response, including suspending the transfer of coupon payments on sovereign debt to foreign investors.

Russia’s finance ministry has said it will service and pay sovereign debts in full and on time. However, Putin has said Russian entities can pay their foreign currency debts in roubles priced at exchange rates set by the Russian central bank to residents of “countries that engage in hostile activities”.

While Russia would have had enough foreign currency to cover debt payments, having amassed $630bn in reserves, the US, UK and EU freezing the assets of its central bank have made much of this sum inaccessible.

The rating agency Fitch downgraded Russia’s sovereign debt to its second-lowest level earlier this week, saying a default was “imminent”.

What could be the consequences for Russia?

Debt defaults make it harder and more expensive to borrow in future, given the reputational damage. However, Russia is already isolated on the global stage after the invasion of Ukraine. Western governments have also blocked the Russian state from raising new money on capital markets, including in London and New York.

According to the IIF, sanctions pushing up the cost of funding is likely to hit the government’s financial position, potentially forcing Moscow to cut spending or raise taxes.

What could the consequences be elsewhere?

Targeting Russia’s financial system is intended to inflict economic pain inside the country, although there could be indirect effects on the wider global banking system.

However, many economists, including Andrew Bailey, the governor of the Bank of England, have suggested Russia’s financial linkages to the rest of the world are small and not of systemic importance.

Foreign banks have about $121bn in exposure to Russia, mainly in Europe, according to data from the Bank of International Settlements. The IIF estimates foreign banks play a minor role in the country, holding only 6.3% of total assets.

The World Bank’s Reinhart told Reuters that repercussions had been limited thus far, but risks could still emerge.

“I worry about what I do not see,” she said. “Financial institutions are well-capitalised, but balance sheets are often opaque … There is the issue of Russian private sector defaults. One cannot be complacent.”