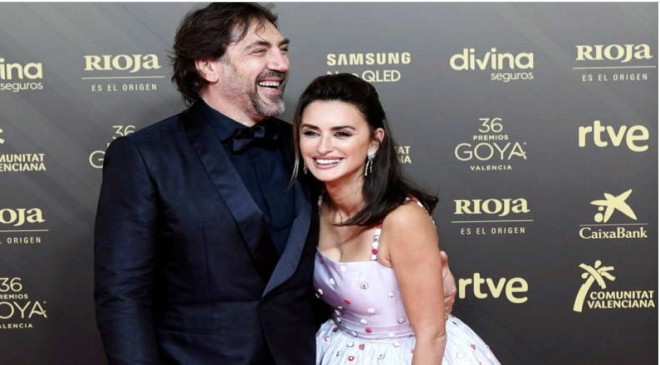 Couple goals are defined by a lot of things done together but Hollywood power couple Javier Bardem and Penelope Cruz have taken it to the next level by getting nominated for the Oscars together this year. Cruz is nominated in the Best Actress category for Parallel Mothers, while Bardem is in the fray to get the Best Actor award for Being the Ricardos. In an interview with People, Bardem described it as a “special” occasion in the married couple’s life.

While on the red carpet for the SAG Awards, Bardem expressed his delight at their Academy Award nomination, calling it “extremely special” and “unique” that the two made the list together. He also told the portal that the couple first learnt of Bardem’s nomination. Cruz’s revelation later became the icing on the cake.

Bardem previously told Deadline that the two were waiting for the list to be released together. The actor was ecstatic when his nomination was announced. However, he claims that the genuine celebration didn’t begin until the two learned of Cruz’s nomination. “This truly impacted us deep in our hearts to be able to share something so beautiful and so special together,” he said, adding that it is an honour for the pair to be recognised and appreciated for their work.

He also said that they would not have been able to celebrate properly if one of them had been disappointed about his or her name not appearing on the list. He also joked about both of them being a boring couple and hence not partying, as other couples would normally do to celebrate

Beginning with 1992’s Jamón, and continuing with Live Flesh, Don’t Tempt Me, and The Counselor, Cruz and Bardem have starred in countless films together. In an interview with Entertainment Tonight, Cruz had expressed her desire to work with her husband once again after watching his performance in Being the Ricardos.