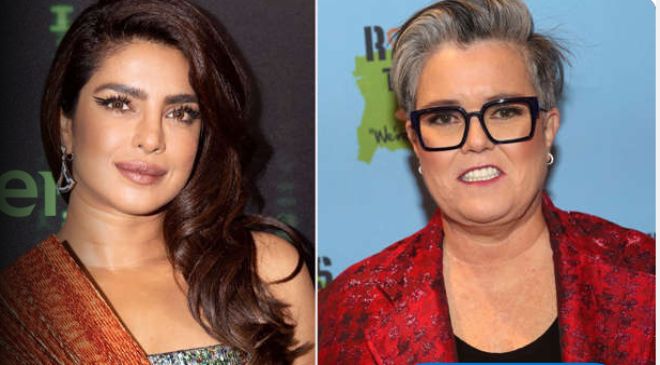 Priyanka Chopra Jonas has reacted to Rosie O’Donnell’s public apology following the TV host’s recent blunder when she mistakenly referred to the actress as the daughter of Deepak Chopra.

On Sunday, the comedian, 59, apologized for her mistake as she addressed the awkward encounter with Priyanka, 39, and her husband, Nick Jonas, in a TikTok video. However, while apologizing to the pair, O’Donnell also referred to Priyanka as “the Chopra wife,” instead of by name.

Priyanka acknowledged the incident on Wednesday and subsequently shared her “thoughts” in a statement posted to her Instagram Story.

“I have never taken myself so seriously to think everyone would know who I am, or my work for that matter,” she wrote. “But if you wanted to make a public apology for a very awkward private encounter, I think probably best to take the time to google my name before doing it or even try to reach out directly.”

The Baywatch star continued, “We ALL deserve to be respected for our unique individuality and not be referred to as ‘someone’ or ‘wife’ especially in a sincere apology. If we can learn to respect our differences in an authentic way, the world we raise our children in, will be amazing.”

O’Donnell, her son and his girlfriend, as well as Fran Drescher, had been seated next to Priyanka and Nick, 29, during a recent visit to Nobu Malibu. In her apology video, the former talk show host said she had “always assumed” that Priyanka was related to Deepak.

While some commenters also admitted to confusing Priyanka for Deepak’s daughter, others pointed out the comedian’s failure to mention Priyanka’s name in her apology.

Someone Chopra’ and ‘the Chopra wife’ sound worse to me than the mistake. I mean, the device for making Tiktoks also had Google,” one user wrote while a second person said, “Her name is Priyanka.”

A third user added, “Maybe learn her name if you’re going to apologize.”

Amid the backlash, O’Donnell issued a second apology on TikTok to the Quantico actress and further clarified the interaction.

“So I’m reading the comments about my [interaction with] Nick Jonas and his wife, Priyanka Chopra, who I mistakenly thought was Deepak’s daughter,” she said. “People thought that she was rude. She wasn’t rude, it was just awkward. I’m sure she gets sick of that. I’m sure I’m not the only one. According to the comments, a lot of people thought that too, but she’s apparently a very well-known actress and more famous than him, people were saying. So I’m sure it felt weird to her, to begin with.”

O’Donnell concluded her message, “Anyway, Priyanka is her name. Priyanka — I hope I’m pronouncing that right. I just want to apologize to her and to everyone who thought that it was really inappropriate of me. Sorry, sometimes I f— up. I did at Nobu.”