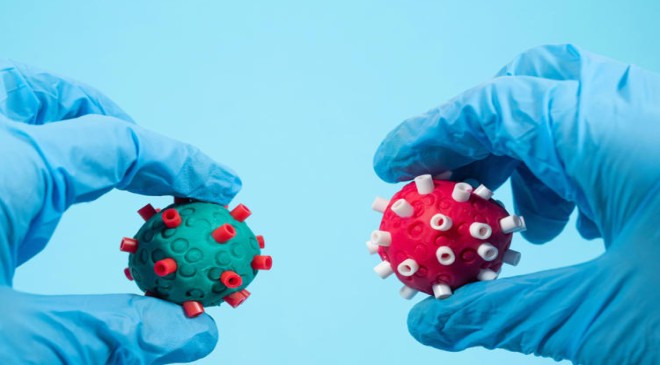 As people across the world grapple with the prospect of living with the coronavirus for the foreseeable future, one question looms large: How soon before they need yet another shot?

Not for many months, and perhaps not for years, according to a flurry of new studies.

Three doses of a Covid vaccine — or even just two — are enough to protect most people from serious illness and death for a long time, the studies suggest.

“We’re starting to see now diminishing returns on the number of additional doses,” said John Wherry, director of the Institute for immunology at the University of Pennsylvania. Although people over 65 or at high risk of illness may benefit from a fourth vaccine dose, it may be unnecessary for most people, he added.

Federal health officials including Dr. Anthony S. Fauci, the Biden administration’s top Covid adviser, have also said that they are unlikely to recommend a fourth dose before the fall.

The Omicron variant can dodge antibodies — immune molecules that prevent the virus from infecting cells — produced after two doses of a Covid vaccine. But a third shot of the mRNA vaccines made by Pfizer-BioNTech or by Moderna prompts the body to make a much wider variety of antibodies, which would be difficult for any variant of the virus to evade, according to the most recent study, posted online on Tuesday.

The diverse repertoire of antibodies produced should be able to protect people from new variants, even those that differ significantly from the original version of the virus, the study suggests.

“If people are exposed to another variant like Omicron, they now got some extra ammunition to fight it,” said Dr. Julie McElrath, an infectious disease physician and immunologist at Fred Hutchinson Cancer Research Center in Seattle.

What’s more, other parts of the immune system can remember and destroy the virus over many months if not years, according to at least four studies published in top-tier journals over the past month.

Specialized immune cells called T cells produced after immunization by four brands of Covid vaccine — Pfizer-BioNTech, Moderna, Johnson & Johnson and Novavax — are about 80 percent as powerful against Omicron as other variants, the research found. Given how different Omicron’s mutations are from previous variants, it’s very likely that T cells would mount a similarly robust attack on any future variant as well, researchers said.

This matches what scientists have found for the SARS coronavirus, which killed nearly 800 people in a 2003 epidemic in Asia. In people exposed to that virus, T cells have lasted more than 17 years. Evidence so far indicates that the immune cells for the new coronavirus — sometimes called memory cells — may also decline very slowly, experts said.

Memory responses can last for ages,” said Wendy Burgers, an immunologist at the University of Cape Town who led one of the studies, published in the journal Nature. “Potentially, the T-cell response is extremely long lived.”

Throughout the pandemic, a disproportionate amount of research attention has gone to antibodies, the body’s first line of defense against a virus. That’s partly because these molecules are relatively easy to study: They can be measured from a drop of blood.

Few labs have the wherewithal to study these cells, and their findings lag weeks behind those on antibodies. Perhaps as a result, scientists have frequently overlooked the importance of other parts of the immune system, experts said.

“Most people don’t even know what they are — a lot of doctors and scientists are not completely clear what a T cell is,” said Dr. Dan Barouch, a virologist at Beth Israel Deaconess Medical Center in Boston who led one of the T-cell studies.

“Fundamentally, I would argue that T cells are probably more important than what many people have given them credit for,” Dr. Barouch said.

Antibodies spike after every shot of vaccine — or after each exposure to the virus — and inevitably decline within a few weeks to months.

Waning antibody levels after two vaccine doses prompted federal officials to recommend boosters for everyone older than 12. The extra shots fortified antibody levels and helped to contain Omicron’s spread, but they too appear to lose some of their ability to prevent infections within four months, according to recent data from the Centers for Disease Control and Prevention.

Antibodies recognize two or three key parts of the spike protein, a protrusion on the outside of the coronavirus that allows it to latch on to human cells. But T cells detect many more parts of the spike, and so are less likely to fail when the virus gains mutations in some of them.

Vaccines also encode a memory of the virus in B cells, which can churn out fresh batches of antibodies within four or five days after a new exposure to the virus.

This dual punch of T and B cells help explain why many people who received two or even three doses of vaccine could still be infected with the Omicron variant, but only a small percentage became seriously ill.

“You will see a decrease of the antibody levels over time, but if memory B cells are still there, and memory T cells are still there, they can kick back into action relatively quickly,” said Alessandro Sette, an immunologist at the La Jolla Institute for Immunology who led a new study of T cells published in Cell.

Memory B cells become increasingly sophisticated over time, and they learn to recognize a diverse set of viral genetic sequences. The longer they have to practice, the broader the range of virus variants they can thwart.

Researchers showed last year that the elite school inside of lymph nodes where the B cells train, called the germinal center, remains active for at least 15 weeks after the second dose of a Covid vaccine. In an updated study published in the journal Nature, the same team showed that six months after vaccination, memory B cells continue to mature, and the antibodies they produce keep gaining the ability to recognize new variants.

“Those antibodies at six months are better binders and more potent neutralizers than the ones that are produced one month after immunization,” said Ali Ellebedy, an immunologist at Washington University in St. Louis who led the study.

In the newest study, another team showed that a third shot creates an even richer pool of B cells than the second shot did, and the antibodies they produce recognize a broader range of variants. In laboratory experiments, these antibodies were able to fend off the Beta, Delta and Omicron variants. In fact, more than half of the antibodies seen one month after a third dose were able to neutralize Omicron, even though the vaccine was not designed for that variant, the study found.

Memory cells produced after infection with the coronavirus, rather than by the vaccines, seem less potent against the Omicron variant, according to a study published last month in Nature Medicine. Immunity generated by infection “varies quite a lot, while the vaccine response is much more consistently good,” said Marcus Buggert, an immunologist at the Karolinska Institute in Sweden who led the study.

Although most people, vaccinated or not, show only a small drop in their T cell response against Omicron, about one in five had “significant reductions of their responses” of about 60 percent, Dr. Buggert said. The differences are most likely because of their underlying genetic makeup, he said.

Still, the recent studies suggest that in most people, the immunity gained from infection or vaccination will hold up for a long while. Even if mutations in new variants change some of the viral regions that T cells recognize, there would still be enough others to maintain a reasonably strong immune response, experts said.

One big unknown is how slowly the T cells may decline, and whether two doses of vaccine can create a long-lasting response, or if instead people would need three — as some experts have suggested — to cement immune memory.

“That’s a question that we don’t know the answer to yet,” Dr. Burgers said. “Those are the kind of studies that we’re going to need to do.”