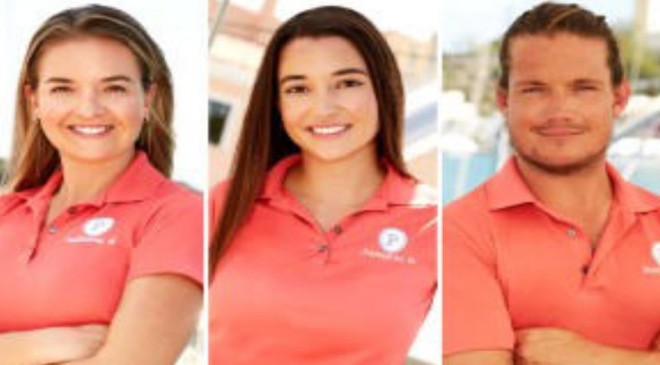 Rough waters! While reflecting on the ups and downs Below Deck Sailing Yacht season 3, Daisy Kelliher explained why crew hookups created issues between her and Ashley Marti.

Below Deck Sailing Yacht’s Biggest Drama Through the Years

“The difference between me and maybe some of the other girls is I kind of own the kiss. I kind of am vocal about it. Gary and I are heads of department, so it’s easier for us to set our feelings aside,” Daisy exclusively told Us Weekly, referring to the hot tub moment she shared with Gary King in an upcoming episode of the Bravo reality show. “Whereas for the younger crew, they’re a bit more secretive, so I never knew that kiss happened. So I don’t feel like I’m stepping on toes.”

The chief stew admitted that things got “more complicated” when she learned about the kiss that Gary and Ashley shared before that, adding, “Our relationship [between Gary and me] is fine, but Ashley was probably more intimidated by my relationship with Gary than she led on.”

In the season 3 premiere of Below Deck Sailing Yacht, the third stew and the first officer kissed after a night of drinking with the crew. Gary, who was previously caught in a love triangle between Alli Dore and Sydney Zaruba in season 2, was notably not looking to hook up with anyone so soon into the new charter season.

‘Below Deck’ Cast Through the Years: A Guide to Who’s Dated Who

Meanwhile, Daisy explained that the first episode of the season “sets the tone” for her future issues with her stews.

I see the minute that all the problems start happening is when I gave Gabriela [Barrigan] the second stew role and I’m the most unobservant person. I have a lot of talents, but being observant is not one of them,” the Ireland native noted. “I see it straight away and I’m, like, ‘Oh, this is the moment all the problems happen.’ So it was hard to watch because if I’d been more observant, maybe I could have tackled the problem before it escalated.”

Daisy pointed out that her decision to make Gabriela second stew was purely based off experience, saying, “Gabriela was 10 years older than Ashley and straight away that gives you 10 years of life experience and 10 years of work experience. So, for me, it came down to that. I need a more experienced person, not just in yachting, but in life. … I don’t know if Ashley could have done as good of a job. Maybe she could have, but that really came down to why I gave Gabriela the position.”

Former ‘Below Deck’ Stars: Where Are They Now?

Even though there were problems that came up, Daisy still considered her team “incredible” at the end.

“When it came to work, they were way less green than I thought. They were very hard working and very talented. It was I think their egos that [became] a big challenge. So you’ll see that play out. I’m extremely nervous for it,” she shared with Us. “It was frustrating because the girls were amazing at their jobs. I think you’ll see with the girls this year, your ego is going to be your worst enemy. I’m hoping people learn from the show to leave your ego outside, you know? [Then] you are going to thrive.”