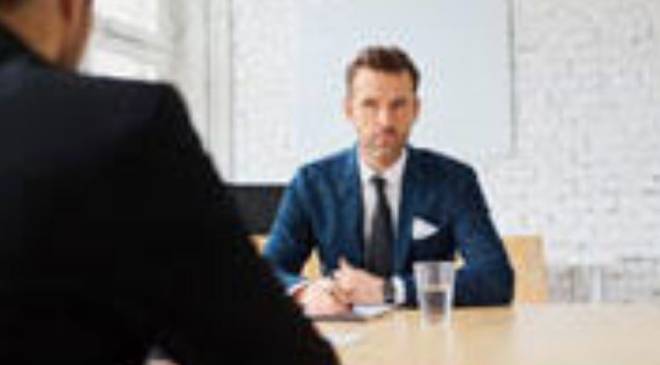 Some people seem as if they were born to lead. They are comfortable giving instructions, and by simply opening their mouths and raising their eyebrows, people automatically listen to them. So what’s their secret? For Susan Taylor, it’s the stars and our zodiac signs that determine whether people are born to lead.In the workplace, a good manager needs to be firm, organized, approachable, and understanding, however not everyone has these qualities. Have you noticed that some people have a natural authority about them, whereas others are terrible leaders? Are you able to give instructions calmly and seriously? What about your superior, are they capable of leading a team efficiently? Our Astrologer; Susan Taylor, reveals which 6 zodiac signs make great bosses and which ones don’t! Get ready to pass this article around the office, because something tells us your coworkers might have an opinion on this ranking too!

A ranking of the 6 best bosses by zodiac sign

Do you have the natural qualities to lead teams to victory? These 6 personalities do…

Leos often lead with their hearts. They are naturally authoritative people and are great team influencers. Unlike others who rule with an iron fist, Leos need to feel liked and will do everything possible to please their staff and business partners. If your boss is a Leo, you’ll definitely get on well with them and never question their authority.

2) Aries makes for a strict manager

Aries’ don’t shy away from hard work and command respect from their team. With Aries’, it is really all or nothing, if people like them, they’ll follow their lead, but if not they won’t, and an Aries won’t be too bothered. Being popular isn’t important for Aries’, they prefer focusing on moving up in the world and stepping on other people’s toes in order to do so, doesn’t pose them any problems.

3) Sagittarius is an approachable boss

Sagittarius’ are known as happy bosses. They are always in a good mood and optimistic, meaning people listen to them despite their lack of natural authority. In the eyes of a Sagittarius, everything is possible, they are very good when it comes to motivating their team and are happy to share the fruits of their hard work when the results are successful.

4) Scorpio was made to lead

Scorpios are certainly impressive, they love authority, power and pulling the strings. In the office, they are known as the Lord of the Dance. Scorpios make excellent bosses because their intuition and determination is incontestable, however, they are not above using dishonorable methods in order to meet their targets…

5) Capricorn is a demanding leader

Capricorns make for hard-nosed, inflexible bosses, they are ruthless and unstoppable in the office. What’s admirable about them is the fact that they are not scared to roll up their sleeves and lend a hand if need be. Their difficulty is that their work ethic is often a lot higher than that of their staff.

6) Aquarius is full of ideas

Aquarius is one of the most creative zodiac signs, and innovation is simply in their blood. They love encouraging progress and have no problem whatsoever with thinking outside the box. They also enjoy motivating people and accomplishing their objectives.

And the 6 worst possible bosses are…

These star signs are totally incapable of leading a team of people.

1) Cancer is too emotional

Cancers is one of the most immature zodiac signs and too childlike to run a team of people, they are known for their meltdowns and are easily offended when a problem arises, and they feel accused.

2) Taurus is too rigid

Taurus people are known for their stubborn personalities, which explains why they aren’t exactly popular in the workplace. In reality, they believe they are always right and regularly refuse to compromise when it comes to other people’s ideas.

3) Virgo is too much of a perfectionist

Virgos are easily caught up and swept away in the tide of details, and often waste lots of time because of their intense attention to detail. Virgos regularly lack self-confidence and are at times awkward and uncomfortable when giving instructions.

Pisces’ bosses risk jumping overboard when they are overloaded with work. They aren’t comfortable taking on responsibilities, and they don’t deal with stress very effectively, meaning they tend to put things off until the last minute, which is risky in the business world! Pisces’ are easily influenced by business partners and with so many opinions flying around, they are at times unable to make decisions. Pisces’ give contradictory instructions and lack authority.

Libras struggle to take the reins, and their number one priority is to keep everybody happy. They are too diplomatic and are unable to put their point across and make important decisions when need be. On the other hand, Libras make great mediators, but they should probably pass up on a directive position!

6) Gemini is too unstable

Gemini people are known for being very extreme and can jump from one staunch opinion to the complete opposite in a matter of seconds. Keeping up with them is a tough task, plus, they aren’t exactly great at giving instructions either…