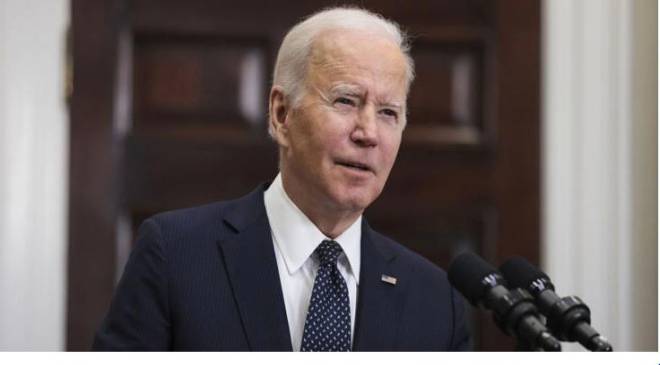 U.S stock-index futures bounced back from early-session losses Sunday after an announcement that President Joe Biden and Russia’s Vladimir Putin have agreed in principle to a summit to ease tensions over Ukraine.

Dow Jones Industrial Average futures S&P 500 futures and Nasdaq-100 futures fell sharply to start Sunday’s trading session, but recovered and surged into positive territory following news of the potential summit. Dow futures, once down nearly 100 points Sunday, were up about 150 points as of 11:30 p.m. Eastern.

Oil prices initially jumped near $93 a barrel before settling back down following the summit announcement. As of late Sunday night, West Texas intermediate crude was last back in positive territory, at around $91.50 a barrel. A potential war between Russia and Ukraine could send oil prices over $100 a barrel, analysts have warned.

Late Sunday, French President Emmanuel Macron’s office said that Biden and Putin have agreed “in principle” to a summit in the coming weeks, after a series of conversations with the French leader, but only if Russia does not invade Ukraine

That sharply defused investors’ concerns as tensions had ratcheted higher earlier Sunday, after Russia reneged on a pledge to withdraw tens of thousands of troops from neighboring Belarus at the conclusion of military exercises. U.S. officials said Sunday that Russia has decided to invade Ukraine, based on intelligence that field commanders have been given final to prepare for an attack.

The U.S. and its Western allies have vowed to impose tough sanctions against Russia if it invades, and Russia could retaliate by cutting oil and gas exports. Speaking at the Munich Security Conference on Sunday, Vice President Kamala Harris warned that U.S. consumers could be affected, paying higher energy prices.

Stocks have fallen for two consecutive weeks amid fears of a land war in Europe combined with rising inflation and the likelihood of multiple hikes in interest rates.

U.S. markets will be closed Monday in observance of Presidents Day.