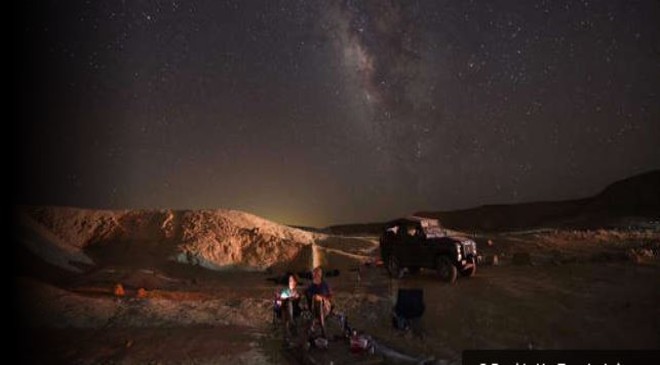 here’s something truly special about shutting off your devices, putting out a blanket, and looking up at the night sky in total wonderment. Indeed, stargazing may just be the perfect vacation activity, as it can help put you in a whole new mindset, which is exactly why VacationRenter thinks you should plan an entire road trip adventure around it.

To help people make the most of these events, VacationRenter created optimized stargazing road trip routes that crisscross the country. The company says it used Dark Sky Maps and data from In-the-Sky.org to determine the best stops for star trekkers to build their astronomical road trip.

“These round-trip routes have been optimized to include as many states as possible, avoid seasonal roads, and have the shortest travel times,” VacationRenter explained on its maps website. “Because there are so many dark sky locations in the West, we chose routes with the most attractive points, but travelers can add or subtract locations to their road trips as they please.”

Gallery: These are some of the best national parks for stargazing (USA TODAY)

So, which route should you take? You could choose the Pacific Route, which starts and ends in Baker, Nevada. This trip takes drivers through five stops in California, Oregon, and Washington, passing through Yosemite National Park, for a total of 54 hours and 3,000 miles.

Or, try the Midwest and Northeast Route, which begins and ends in Hampden, Maine. As the longest route, this drive spans eight states, with more 77 hours of driving time and 4,830 miles. This route takes stargazers through Maine, Pennsylvania, Ohio, Indiana, Illinois, Wisconsin, Nebraska, and Michigan.

The company also created the Mountain Route, which starts and ends in Ketchum, Idaho, stopping in Utah, Arizona, Colorado, and Montana along the way. This route takes road trippers through Arches and Yellowstone — two excellent stargazing destinations — totaling 42 hours and 2,600 miles.

While all the maps above are great options, the company’s best route may be its “alien” encounter map, which points out areas of interest for intergalactic enthusiasts, as well as spots where you’re most likely to spot a UFO or two. See all the maps and start planning your stargazing road trip here.