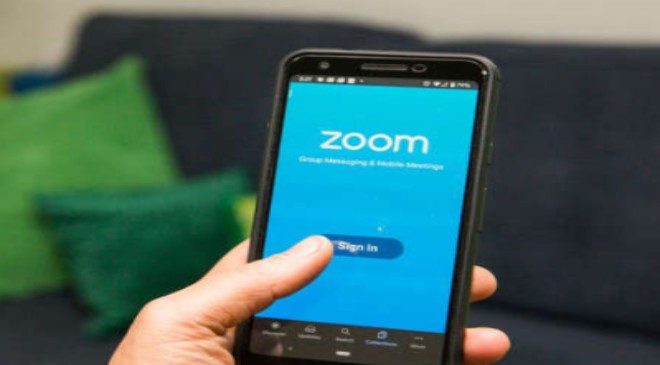 With so many formerly high-growth stocks trading at or below their 52-week lows, how can an investor differentiate between quality investments that have taken a beating and meme stocks? In this segment of Backstage Pass recorded on Jan. 28, Fool contributors Toby Bordelon, Jason Hall, Jon Quast, and Rachel Warren weigh in.

They just revealed what they believe are the ten best stocks for investors to buy right now… and Zoom Video Communications wasn’t one of them! That’s right — they think these 10 stocks are even better buys.

Toby Bordelon: Meme stocks were big, meme stocks were huge early on in 2021 when the train was rolling and wasn’t going to stop. They’re in the news again and the story is not as fun this time around, coming down. These meme stocks are coming down, some in really big ways. Wall Street Journal did a story on six meme stock investors. They can look profile and see whether they are now, kind of interesting.

If you subscribe, you can check that. It was cool, you should check it out. What I’m thinking about is now. This is a question Jason brought to us. Jason said, “Hey, let’s talk about this, let’s conceptualize it in this way.”

The idea here is are stocks we own meme stocks? We’re all joking about these. We’re all laughing at meme stocks last year like AMC.

Jason Hall: Then I shared a chart and Jon started crying.

Toby Bordelon: Yes, Jon was like, oh my God, those are my stocks.

Jon Quast: I started crying again. I had been crying but then you made me start again.

Jason Hall: Which is the meme stock?

Toby Bordelon: [laughs] Another one follows a question we got too from Jenny about Magnite. Maybe one of us might address this, in this question. We’ll go through this, but what are your stocks that are behaving like memes stocks and I’m talking about the bad way on the way down.

They’re following trajectory of AMC, GameStop. This is what we really want to think about, right? How do you know the difference between a meme stock where the story is over and a good business that’s just going through a drawdown and it’s going to be fine because that we want to know? Right?

Jon Quast: Toby as you asked this question I was thinking back to an article that I wrote. It published on October 1st, and it was entitled, “My Five Favorite Stocks Right Now”.

I remember being really, really excited when I wrote this article because some of these stocks were actually already down but I really felt like, man, these are great buying opportunities right now.

In each of the five, I got myself really, I just remember more than normal when I write an article. I just had conviction and excitement to share the five that I brought to the table. I’m just going to talk about two right now. Two of them in the article were Zoom Video Communications.

Jason Hall: This is since the article was published.

Jon Quast: This is since it was published.

Jason Hall: These are like worth buying, oversold, underbought when you wrote the article and they’ve fallen.

Of the five Peloton was probably my favorite at that moment in time. Now, your question, how do you separate the meme from the real deal?

I will say that the thesis has come under attack for Peloton significantly since October 1st. A lot has changed in this story since then. I do want to just show this here, the slide the difference between Zoom Video Communications, the most recent report and Peloton.

This is the most recent quarterly report, quarterly revenue for Zoom, a $1 billion, up 35%, gross margins 74%. That was up from the previous year. Operating cash flow of $395 million down slightly, but still very strong cash flow. Cash equivalents, marketable securities, $5.4 billion up 28% year-over-year.

As you look at Zoom, the most recent quarter look at those financials it’s just a couple of numbers. But by and large, this is a company that is getting stronger financially right now despite the stock being down 75% from its all-time high.

You look at Peloton, by contrast, quarterly revenue in the most recent quarter, $805 million only up 6% year-over-year. Gross margins deteriorating 33% down from 43% in the previous year. Negative operating cash flow, $561 million compared to operating cash flows in the previous year. Then the cash position also down 42% year-over-year in the most recent quarter. Peloton does have some preliminary numbers out from the second quarter coming up.

I didn’t use those. This is the first quarter that they’ve already reported but as I look at Zoom, and to Vihaan’s question, a stock that is down that I own that I have a really high continued conviction on, I would say that that is Zoom. Zoom in my opinion is not a meme stock. Yes, you could make the argument and I think rightly so that it was overvalued at the top, but is this a great business that is still worth owning?

Yes, I believe so. I believe that if you don’t have a position in Zoom, now is maybe a good time to do that.

Peloton, a lot has changed, like I said, since I wrote that article on October 1st, but AMC, nothing has changed in that thesis. In my opinion, it didn’t make any sense why it popped in the first place and now we’re finally seeing the dump. But it took quite a long time.

Jason Hall: You want to hear a crazy stat about AMC? This is going to tell the whole thing. Here’s the question, how much does it cost to build a movie theater roughly? Anybody want to guess?

Toby Bordelon: Four times the value of the cost to build the theater.

Jason Hall: Yes. You guys realize that this is a really low-margin industry too, right? [laughs]

Jon Quast: Not even a popcorn?

Jason Hall: Just on popcorn. Literally nothing else.

Rachel Warren: They could raise the prices on that but still.

Jason Hall: That’s it. That’s actually the saying. There’s an old saying in Hollywood, how do you know where to build a movie theater? The best place to sell popcorn. [laughs] That’s it.