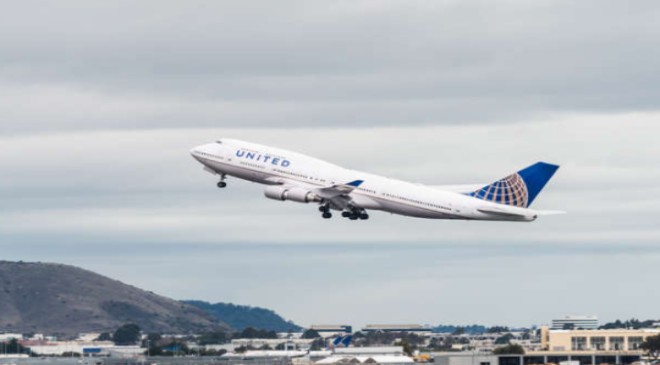 If you’ve booked a flight recently, you’ve surely kept an eye on the delays and cancellations that have become commonplace. Between Christmas and the start of 2022, thousands of routes were dropped due to Omicron-related staffing shortages. And more recently, a winter storm stretching from the Midwest to the South forced several airlines to ground thousands of flight. But it isn’t only your trips in the next few weeks or months that you should be worried about. United Airlines just cut several routes from six major cities, affecting flights up into the fall of this year. Read on to find out if your 2022 travel plans might be affected.

But San Francisco is facing the most change. Flights from this city to Beijing and Chengdu are getting cut until Oct. 28 and Oct. 30, respectively. And the city’s flights to Hong Kong will resume on May 28, but it will only run one daily flight, when it was originally scheduled for two. Service from San Francisco to Seoul and Singapore will also be cut down to one daily flight until late October.

All of the new flight cuts from these six major cities are affecting transpacific routes to China and Australia through fall 2022. According to Simple Flying, this should not come as a surprise. Unlike its competitors, Delta and American, United had been keeping a larger transpacific schedule open for booking throughout this year despite lower demand from U.S. travelers. Now that these cuts have been made, United Airlines is “more in line with other airlines and the overall demand environment,” Simple Flying says.

One of these countries just announced its reopening plans for U.S. travelers.

According to Simple Flying, both China and Australia have taken strict approaches to the pandemic. China has forced airlines to cut flights if arriving passengers later test positive for COVID, and has required some U.S. airlines to route their China flights to Seoul. Australia, on the other hand, had been completely barring most international travelers from its country.

But these flight cuts were made before Australia announced its reopening plans. On Feb. 7, Australia’s Prime Minister Scott Morrison revealed that the country would open back up to fully vaccinated tourists on Feb. 21, after nearly two years of borders being closed, The New York Times reported. So there is a chance the airline might reverse its cuts, but in the meantime, United is still planning to fly to Australia from its San Francisco and Los Angeles hubs.

This isn’t the only set of international cuts United has made recently.

While United is seriously reducing its schedule to China and Australia, this is hardly its first set of cancellations planned for the year. On Jan. 29, Simple Flying reported that a few of the airline’s international routes from Denver, Honolulu, Houston, Los Angeles, Newark, and San Francisco had just been dropped as well. Destinations such as Tokyo, Stockholm, Amsterdam, Munich, Havana, Lima, and Auckland were all impacted by United’s earlier set of cuts. Some locations in this set will be reinstated as early as March 26, but others are also losing service until October