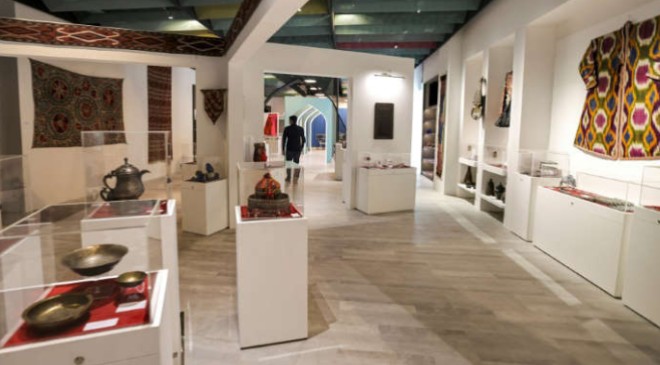 His comments came days after the two leaders announced a “no limits” partnership in Beijing on the day of the Winter Olympics opening ceremony.

That joint declaration may be a milestone in the relationship between Russia and China, Daly told CNBC’s “Street Signs Asia” on Monday.

“This came very close to being the announcement of a quasi-alliance,” he said, adding that the two countries are “standing shoulder to shoulder” to counter the United States, but that “China has a long standing non-alliance policy — so they don’t want to use the word ally.”

“They are now closer together than ever, probably than for the past 70 years,” he said.

However, their alignment isn’t complete: Russia sells arms to Vietnam and to India, both countries that have had territorial disputes with China in recent years. Russia hasn’t supported all of China’s moves in the South China Sea, a body of water that is commercially critical for Vietnam, Japan and others but most of which China claims as its own territory.

For its part, China walked a fine line over Russia’s invasion and occupation of Crimea in 2014, abstaining from votes on U.N. resolutions regarding Crimea’s international status.

Beijing has pledged to stand with Moscow in its demand that Ukraine not be allowed to join the NATO alliance, but Daly said it’s not in Xi’s interest to be dragged into military tensions at the Ukrainian border.

China has good relations with Ukraine and would prefer that Russia does not invade its neighbor, he said.

Around 100,000 Russian troops have been deployed along the country’s border with Ukraine, an evolving democracy that was once part of the Soviet Union along with Russia. The military buildup has provoked fears of a Russian invasion that White House national security advisor Jake Sullivan said could happen “any day now.”

If China supports Russia, it would have a price to pay in the form of backlash from the United States and its allies, said Bonny Lin, director of the China Power Project at the Center for Strategic and International Studies.

“China, to the extent possible, would like to not bear those costs. So China would prefer the crisis to continue as is, or de-escalate a bit,” she told CNBC’s “Squawk Box Asia.”

Still, China’s relationship with Russia won’t fracture if Putin attacks Ukraine, she predicted. China’s foreign ministry issued a statement after the leaders met, saying that “the two countries have never and will never waver in this choice” to work as partners.

The “no limits” partnership between Russia and China opens up the possibility of a formal military alliance, but neither side needs support on that front, Lin said.

Both Moscow and Beijing have “incredible military power,” and what they need from each other is political and economic support, she said.

China will look for ways to support Russia if the U.S. imposes punishing sanctions on Moscow, Lin said, saying that could involve cooperation between banks or buying more Russian goods — but the details are unclear for now.

“China doesn’t want to really consider or really want to talk about this until Russia has made the move and until we’ve seen the United States and the West impose those sanctions,” she said.

The Europeans can impose economic costs on Russia as well.

In an email distributed Monday, Eurasia Group President Ian Bremmer pointed out that China doesn’t have the pipeline infrastructure that would be required if Russian natural gas deliveries to Europe were halted and Russia needed to sell to China instead.

Russia needs China’s help “quite a bit more” than Beijing needs Moscow’s support, Lin said. However, she said China would want Russia on its side if it decided to ramp up aggression toward Taiwan, a democratically self-governed island that China claims as part of its territory.

“Beijing actually doesn’t have that many close, strong friendships and allies and partners in the same way that the United States does,” Lin said, naming North Korea and Pakistan as China’s other partners. “The actual strongest partner that China has is Russia.”