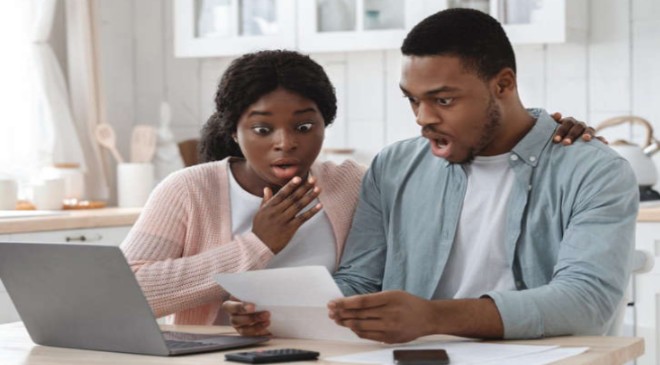 The IRS Just Sent This Warning About Stimulus Checks

From mass layoffs to workers having to take extended time off for COVID infections and exposures, the pandemic has been financially hard on people across the country. Over the course of the first two years, at least, some of that hardship was offset by aid from the federal government. In 2020, millions received two separate stimulus checks: one for $1,200 in April and the other at the end of the year for $600. A third wave of payments were also sent out in March 2021, but that was the last time people in the U.S. saw any form of a nationwide stimulus. Yet nearly a year later, the Internal Revenue Service (IRS) has just issued a new warning about stimulus checks. Read on to find out why the agency is sending out an alert about these payments.

Social media posts have recently claimed that a fourth stimulus check is on its way.

With the pandemic still very much underway, the call for a fourth stimulus check has been growing. It’s no surprise then that social media scammers have taken advantage of the situation, with recent posts claiming that people in the U.S. can expect the next round of checks soon. A Jan. 28 Facebook video titled “SENDING OUT $2,000 CHECKS FOR EVERYONE! FOURTH STIMULUS CHECK” went viral, amassing more than 20,000 views, USA Today reported. Two different YouTube videos with similar titles posted on Jan. 30 have also racked up a combined total of nearly 40,000 views, claiming that the payments will be deposited on Feb. 9.

The IRS just warned that no such payment is in the works.

But none of the viral videos provided any proof of an upcoming payment, according to USA Today. This is because there is no fourth stimulus check currently on the way, the IRS confirmed to the news outlet. Eric Smith, a spokesperson for the agency, warned taxpayers against falling for these types of viral posts, as he said that another stimulus check has not yet been approved.

And that’s not likely to change in the near future. Even amid Omicron’s surge, financial experts say they are not expecting a fourth stimulus check for individuals in the coming months. Ed Mills, a Washington policy analyst at Raymond James, told CNBC that there have been recent legislative conversations about potential aid for small businesses, restaurants, gyms, and performance venues that have been hard hit by the newest COVID wave, but nothing beyond that. “The conversation has not yet been extended to assistance to individuals,” Mills said.

Many people have been pushing for another stimulus check.

The unlikelihood of a fourth stimulus check has not stopped people from campaigning for more payments. A Change.org petition calling for $2,000 stimulus payments to be sent to every U.S. adult each month during the pandemic has already surpassed 3 million signatures, CNBC reported in early Jan. 2022.

“Our country is still deeply struggling. The recovery hasn’t reached many Americans–the true unemployment rate for low-wage workers is estimated at over 20 percent and many people face large debts from last year for things like utilities, rent and child care,” Stephanie Bonin, a restaurant owner who created the petition, wrote in an update. “These are all reasons that checks need to be targeted to people who are still struggling and that Congress needs to learn from this past year.”

According to Bonin, many prior forms of government aid supplied earlier in the pandemic—like the Paycheck Protection Program, stimulus checks, enhanced federal unemployment benefits, and monthly child tax credit payments—have all dried up while the virus continues to spread. Meanwhile, virus experts are still uncertain about what the future of the pandemic holds and when it might end. “I think that’s what 3 million people are saying, which is, ‘We just need certainty. We need to have something we can plan on month after month,'” Bonin told CNBC.

You still might be eligible for more stimulus money from the IRS right now.

President Joe Biden announced the third and final round of stimulus payments for Americans in March 2021 by signing the American Rescue Plan Act of 2021. On Jan. 26, the IRS confirmed that they had sent more than 175 million payments to individuals and families across the U.S. through the end of last year. But some taxpayers might be “eligible for a new or larger payment” from this third round, according to the agency.

Eligibility for the third Economic Impact Payment—which was worth up to $1,400—is based on the income and number of dependents recorded by someone’s 2021 tax return. But because the checks were sent off as advanced payments before these returns were due, the IRS used information from someone’s 2019 or 2020 tax return to send out the money. So if your situation changed in 2021 in certain ways, like you added another child to your family or made less in income, you might be able to get more money from the third stimulus payments.

“Families and individuals … may not have received the full amount of their third-round Economic Impact Payment because their circumstances in 2021 were different than they were in 2020,” the IRS confirmed. To obtain the money you are owed, you must claim the 2021 Recovery Rebate Credit on your 2021 tax return.