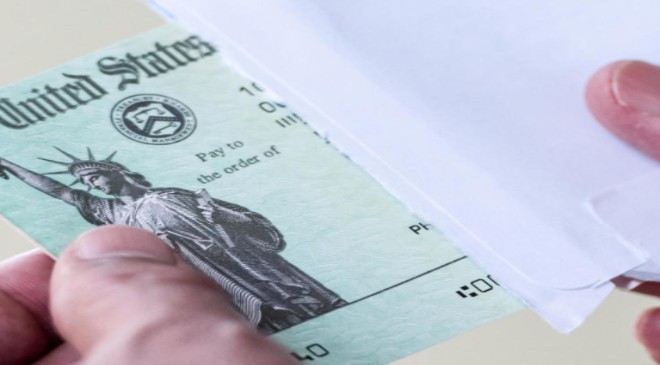 Three-quarters of all Americans get an annual tax refund from the IRS, which often is a family’s biggest check of the year. But with this tax season now open, taxpayers could see a repeat of last year’s snarls in processing, when about 30 million taxpayers had their returns — and refunds — held up by the IRS.

Treasury Department officials warned on Monday that this year’s tax season will be a challenge with the IRS starting to process returns on January 24. That’s largely due to the IRS’ sizable backlog of returns from 2021. As of December 23, the agency had 6 million unprocessed individual returns — a significant reduction from a backlog of 30 million in May, but far higher than the 1 million unprocessed returns that is more typical around the start of tax season.

That may make taxpayers nervous about delays in 2022, but most Americans should get their refunds within 21 days of filing, the IRS said earlier this month — with some caveats.

For instance, errors like math problems or incorrectly stating how much you received from the advanced Child Tax Credit payments could get your tax return flagged, leading to delays of weeks or even months.

However, some taxpayers may inadvertently claim the wrong amount on their tax returns this year, through no fault of their own. The IRS on Monday said that some of its Child Tax Credit letters — letter 6419 — included incorrect information about the amount some taxpayers received. The IRS is asking taxpayers to refer to the letter when filling out their tax return.

But if that happens, that taxpayer’s return may not match what the IRS has on file, leading to the return getting flagged — and delays in getting their return processed and their refund sent to them, said Larry Gray, a CPA and government relations liaison for the National Association of Tax Professionals.

“People may not realize the letter could be wrong — and what is the IRS doing to send out a follow up communication to stop creating a bigger backlog in the coming season?” he said on a conference call to discuss tax professionals’ concerns about the current tax season.

In the meantime, tax experts say there are some steps taxpayers can take to help ensure a quick tax refund, which is even more important this year given that the IRS is starting with a backlog. On Wednesday, National Taxpayer Advocate Erin M. Collins issued a report to Congress that warned she is “deeply concerned about the upcoming filing season” given the backlog, among other issues.

“The first thing you know if you are going to cook a meal, you have to have the kitchen cleaned up from the last meal,” said Mark W. Everson, vice chairman at Alliantgroup and former Commissioner of the IRS. “It just snowballs into a terrible situation.”

Delays in processing tax returns count as one of the agency’s most pressing problems, Collins said in her report, which described an agency in crisis.

“Weeks and weeks” of IRS delays

Although the IRS says most refunds will be sent within 21 days, experts warn that delays are likely, noting that the agency is still working through 2020 tax returns.

During the 2020 budget year, the IRS processed more than 240 million tax returns and issued roughly $736 billion in refunds, including $268 billion in federal stimulus payments, according to the latest IRS data. Over that period roughly 60 million people called or visited an IRS office.

Donald Williamson, an accounting and taxation professor at American University in Washington, said he expects “weeks and weeks” of IRS delays in 2022. “My advice in 2022 is file early, get started tomorrow and try to put your taxes together with a qualified professional.”

Compounding the challenge, tax preparers told CBS MoneyWatch that it remains hard to reach IRS personnel on the phone. The IRS answered only about 1 in 9 taxpayer calls during fiscal year 2021, Collins reported. “Many taxpayers are not getting answers to their questions and are frustrated,” she noted.

“Back in the old days, you’d wait 5-10 minutes and get an IRS agent on the phone,” said Christian Cyr, a CPA and president and chief investment officer at Cyr Financial. But now, he said, his CPAs wait hours to speak with an IRS employee, with no guarantee of ever reaching one.

Ensuring smooth tax filing comes with a lot on the line, given that the average refund last year was about $2,800. Below are tips from tax experts and the IRS on how to get a tax refund within 21 days of filing.

This is a step the IRS is strongly urging this year. Although some people may simply like filing paper returns — and others may have no choice — the agency says that taxpayers who file electronically are more likely to have their returns processed quickly.

That’s because the IRS relies on computers to electronically process filed returns, while paper returns must be handled by human employees. In the early days of the pandemic, the IRS shut its offices and employees stopped opening mail — delaying processing of paper returns.

Even aside from employee strains due to the pandemic, the IRS’ staffing hasn’t kept up with population growth. The agency’s workforce is now the same size it was in 1970, despite the population growing by 60%. That means fewer workers to handle a greater volume of returns.

About 10 million people filed paper returns last year, or about 7% of the 148 million returns filed in 2021, according to data from the Taxpayer Advocate Service. Tax experts urge people to join the roughly 138 million taxpayers who are already using e-filing.

“Paper is the IRS’s Kryptonite, and the agency is still buried in it,” National Taxpayer Advocate Collins said  on Wednesday.

2. Get a refund via direct deposit

The IRS also recommends that taxpayers arrange to get their refunds by direct deposit. The agency says the fastest way to get your money is to use the combination of e-filing with direct deposit, which sends the money into your bank account.

About 95 million people received refunds last year, with about 87 million of them opting for direct deposit. Most taxpayers who file electronically and choose direct deposit will get their refund within 21 days, assuming there are no problems with the return, according to the IRS.

The IRS checks its data against the figures taxpayers detail on their returns. If there’s a discrepancy — say your W2 shows that you earned $60,000, but you write on the return that you earned $58,000 — the return is flagged for manual review by an employee.

Once that happens, it’s likely your tax return will face a delay of weeks or even months. That’s why tax experts advise people to check forms carefully to ensure they’re reporting data accurately. Filling out your tax return shouldn’t rely on “word of mouth or the honor system,” Cyr said. “I guarantee that will cause delays.”

4. Save IRS letters about stimulus, CTC

Along those lines, the IRS is sending letters this month to taxpayers who received the third federal stimulus check in 2021, as well as the advanced Child Tax Credit payments.

These letters will inform each taxpayer what they received through these programs in 2021 — they are important documents to hold onto because you’ll want to refer to those amounts when filling out your tax return.

A major reason tax returns were delayed in 2021 was because taxpayers made mistakes in reporting their 2020 stimulus payment amounts on their returns, resulting in their tax filings getting flagged for manual review.

“Don’t have any problems that are caused from your own negligence,” Everson advised.

However, due to the incorrect CTC letters that were sent to some taxpayers, the IRS is advising taxpayers to double-check how much they received by logging into their accounts at IRS.gov.

The IRS will send two letters:

Keep both of these letters and refer to them when you complete your tax return, tax experts said.

You may face a delay if you claim these tax credits

There are a couple of issues that could cause delays, even if you do everything correctly.

The IRS notes that it can’t issue a refund that involves the Earned Income Tax Credit (EITC) or the Child Tax Credit before mid-February. “The law provides this additional time to help the IRS stop fraudulent refunds from being issued,” the agency said this week.

That means if you file as soon as possible on January 24, you still might not receive a refund within the 21-day time frame if your tax return involves either of those tax credits. In fact, the IRS is informing those who claim these credits that they will most likely receive their refunds in early March, assuming they filed their returns on January 24 or close to that date.

The reason relates to a 2015 law that slows refunds for people who claim these credits, which was designed as a measure to combat fraudsters who rely on identity theft to grab taxpayer’s refunds.

—With reporting by the Associated Press.