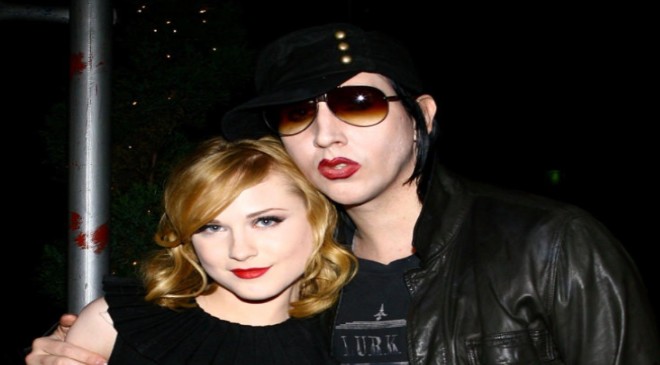 Evan Rachel Wood testified about her sexual assault in Congress in 2018. Last year, she named her alleged abuser. Now, she has even more to share – and in her own words.

In a new documentary “Phoenix Rising – Part I: Don’t Fall,” which premiered Sunday at the Sundance Film Festival (and will arrive on HBO later this year), the actress and activist describes her toxic and turbulent relationship with ex-fiancé Brian Warner (aka Marilyn Manson) and how she’s taking back the narrative through activism.

Wood withheld Manson’s name for years after first discussing abuse she faced, but named Manson in an Instagram post in February 2021, who denied the claims. Multiple women have since accused Manson of physical and sexual abuse and he has been hit with several lawsuits by accusers.

“It’s always really hard for me to look at photos of myself from before” meeting Manson, Wood, 34, says at the start of the Amy Berg-directed documentary, glancing at old pictures on her computer and thinking about her youthful innocence. The pair were together on and off for 4.5 years starting in mid-2006 when she was 18. He was 37.

Filmmakers contacted Manson but he did not respond to specific allegations. Instead, the film includes a statement from Manson’s lawyers, saying the musician “vehemently denies any and all claims of sexual assault or abuse of anyone. These lurid claims against my client have three things in common – they are all false, alleged to have taken place more than a decade ago and part of a coordinated attack by former partners and associates of Mr. Warner who have weaponized the otherwise mundane details of his personal life and their consensual relationships into fabricated horror stories.”

The documentary tells Wood’s side of the story – and that of other survivors.

“I went to (Berg) very desperate to be heard and for this story to be told and for people to finally pay attention to what we’ve been saying and how serious it is,” Wood said in a Q&A following the film’s premiere. “My story is not unique.”

Wood grew up in a suburb of Raleigh, North Carolina, and says she was raised with the mentality to persevere even when she felt uncomfortable. This played out in the 2003 film “Thirteen.” She had to make out with a 23-year-old man on camera when she was only 14 in front of a room full of people.

“I remember not wanting to do it, but I knew that the character needed to and so it didn’t matter what Evan wanted,” she says in the film. “It just had to be done.”

The performance gained her critical acclaim and a Golden Globe nomination but pigeonholed her as a “troubled teen,” landing her mature roles in films like 2006’s “Running with Scissors” and 2005’s “Down in the Valley.” In real life, she had virtually no sex education and was harboring a deep secret about her sexual orientation.

“I knew that I was bisexual, but I had no idea how to handle that or deal with it and I didn’t feel safe coming out to either of my parents,” she says in the documentary.

Wood, still an insecure teenager, met Manson at a Chateau Marmont party in 2006. Clad in a sparkly gold jacket with rings on his fingers, Wood says he walked past her sitting on a balcony and warned her, “Don’t fall.” The pair struck up a friendship – he was married at the time and she had a boyfriend – and he said he wanted to work with her on a film about author Lewis Carroll and his subconscious.

One night, Wood says she went to his house under the impression they’d be working on their film, only to have him stick his tongue down her throat.

Manson, she says, began to “lovebomb” her with phrases like: “I’m your vampire,” “You are the blood in my heart” and “I want to stay with you forever.” Also: “You’re so important to me I want to kick you.”

Then came the branding on their bodies – in the film, Wood describes how Manson carved an “E” and she carved an “M” as a way to show loyalty. She carved the “M” next to her pelvic area to show that she belonged to him. Her family grew concerned, but she says Manson worked to distance her from anyone else.

At 19, she appeared in a music video for Manson’s song “Heart-Shaped Glasses.” While a simulated sex scene was discussed, Wood says he penetrated her on camera.

“I was coerced into a commercial sex act under false pretenses,” she says in the documentary. “That’s when the first crime was committed against me, and I was essentially raped on camera.”

At the time, out of fear, she said publicly filming the video was romantic.

He made fun of Wood for being born Jewish, she says, and at one point during their relationship he wrote “kill all the Jews” on their bedroom wall.

Wood testified for the Sexual Assault Survivors’ Bill of Rights in 2018 in front of Congress, and has since worked to make systemic change for future survivors. Through her advocacy work, she was able to help push through the Phoenix Act in California that extended the statute of limitations in California for domestic felonies.

Yet some in power are still shielding Manson, said Berg at Sunday’s Q&A.

“The industry needs to take inventory of themselves now because we ran into a lot of stumbling blocks even in just trying to clear music in this film, because people are still protecting (Manson), and they don’t want to participate in anything that might upset him,” said Berg.

Wood also took media to task. “The way the press handled this story for many, many years is shameful,” she added in the Q&A. “And it’s time we finally tell the whole story.”

If you are a survivor of sexual assault, RAINN offers support through the National Sexual Assault Hotline (800.656.HOPE & online.rainn.org).