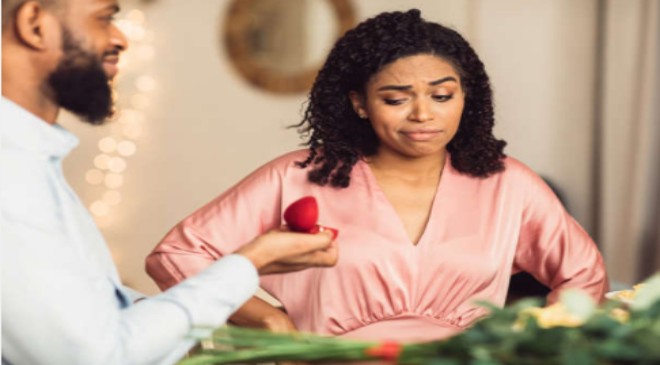 The Zodiac Sign Least Likely to Marry, According to Astrologers

It’s true, not everyone is looking for marriage. For some, walking down the aisle, wearing a white dress, and throwing a flower-filled fête just isn’t in their repertoire. And that’s totally okay: We all have different wants, needs, and personalities. Some might desire to travel, focus on their careers, or are content without a piece of paper defining their relationship. Or, they may not have dating on their mind at all—maybe friendships are their main focus.

But there could be some explanation as to why certain people are drawn to marriage over others. Specific traits, as told through the zodiac signs, can make some people more willing to commit than others. While there are understandably astrology skeptics, your zodiac sign can provide some insight. Wondering if your partner is open to tying the knot? Read on to discover the six zodiac signs that are least likely to marry.

Out of the signs on this list, you likely have the best chance with a Virgo—though they still might have some trepidation. While Virgos are not unromantic by nature, they are selective when it comes to who they allow to share their spaces. Although they might not be as expressive in their emotions, they are sensitive to what others think. According to celebrity astrologer Lauren Ash, this “can lead to passive aggression in long-term relationships if they can’t learn to express what they’re feeling.” But, she adds, “if a Virgo can find a sensitive and understanding partner to coax their feelings out of them, they are incredibly devoted to their relationships.”

Like the other fire signs, Aries are known to be passionate—and they love big displays of affection. However, they can be prone to jealousy if they’re feeling unappreciated. “They expect to be adored in a relationship, and they simply won’t commit to anything they don’t feel 1000% passionate about,” says Ash. So, what does an Aries need? Someone who “will shower them with endless affection and words of affirmation.”

When it comes to expressing their emotions, Scorpios can only really do so once they’re comfortable with their partner. “What makes marriage difficult for Scorpios is finding the right person,” Ash says. “Scorpios are seeking out the once in a lifetime soulmate connection.” She says “hook-up culture” can complicate things for them. “They will only say ‘I do’ if they plan on spending the rest of their life with the other person,” Ash adds.

Geminis, or “quick-witted twins,” are always on the move and taking everything in. According to astrology consultant Sofia Adler, this sign is all about “both-and,” not “either-or.” “They love the ability to learn and discover new, exciting things by dating many different people,” she explains.  So, marriage isn’t necessarily in the cards.

The second least likely to get married on our list, aquarians are bubbly people, but it can be challenging for them to be tied down to a single commitment or idea. “Their combined need for freedom and their stubborn personalities makes it hard to keep their attention,” says Ash. But if you catch their eye? They can be “incredibly loyal partners.”

With their wandering spirit and fire sign energy, Sagittarians have “a reputation for being extreme flirts.” Unfortunately, that makes them the sign least likely to marry on our list. Since they don’t tend to thrive in rigid structures or routines, Ash says, “it can make them nervous to take the traditional marriage route.” But if they find the right partner, a long-term romance could work. “The archaic norm of marriage repels Aquarius, the visionary who wants to do things differently and look to the future, rather than stay stuck in the past,” says Adler