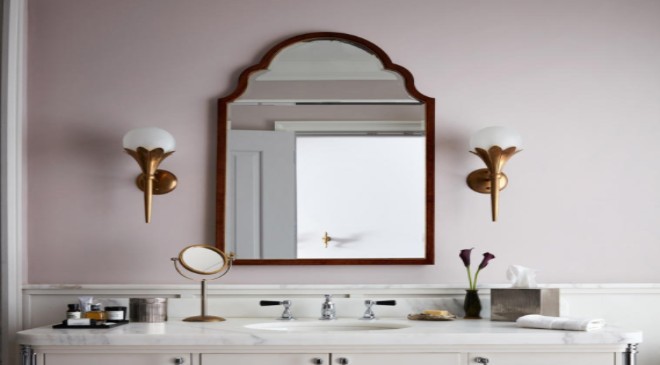 It’s one of the first things a traveler does when entering a new hotel room: set down bags, check out the view, wash up and unwrap the small bar of hand soap at the bathroom sink. Some small aspects of the guest experience have changed amid rising environmental concerns and awareness of sustainability—most notably and recently, tiny toiletry bottles swapped out for larger pump units to cut down on single-use plastic. Yet the miniature hand soap has remained, instead of being changed out for liquid handwash or something larger. Why is that?

According to the hotel operations staff we spoke with, a small bar of soap is simply one of those only-at-a-hotel offerings that make people feel special. “I go back to, what does a guest room offer the guest that you do not get at home?” says Anton Moore, the general manager of the Gansevoort in the meatpacking district of New York. “I think it’s one of those things that still resonates with people, to have an individual bar soap wrapped and sitting there in the bathroom. It’s a separation—‘Here I am in a luxury hotel’—versus not.”

“Our choice is always going to be motivated by asking ourselves, how do we provide guests with an exceptional experience?” says Teach Mayer, the general manager at Marram in Montauk. “There’s nothing more intimate and personal than one’s personal grooming experience. For some people, [it’s] a true sign of luxury.”

Another operations staffer sees the bar soap not as an intrinsic symbol of “hotel,” but conversely as an item that makes a guest feel at home. “If you have a dispenser, I think that [the room] just doesn’t feel as residential, and that’s what we’re striving for at Maison,” says Peter Honan, the director of sales at Maison de la Luz in New Orleans. “Our large-format bottles that we refill and clean are much bigger, and they make sense physically in the shower and near the bathtubs. If you were to place that same bottle on the vanity, it’s going to look really out of place.”

The bar of soap often allows for a nice design or branding moment as well, continues Honan. Bars at Maison are pressed with the hotel’s logo and sit in a dish made by a local artist that resembles an oyster shell. “You have a design touch with the oyster shell. We want to create a sense of place, so at Maison, you feel that you’re in New Orleans,” he says. Or the toiletry company itself is another branding touchpoint of the hotel: at the Marram, products scented with Le Labo’s Santal 33 are found throughout the hotel because “we felt like that woody scent— because all of our buildings are clad in hand-trimmed cedar—really complimented the experience of being here,” Mayer says. Plus, “their packaging really aligns with the color schemes in our rooms.”

And while large-format bottles are now widely accepted by guests as a demonstration of a hotel’s sustainable ethos, too many pump bottles can still have the effect of making a room look a bit like the gym. “I don’t think you want to see seven dispensers in your bathroom when you’re paying $1,000 a night,” says Justin Nels, the area managing director of the Isla Bella Beach Resort in Marathon, Florida, where there’s typically three bottles in the shower and three near the soaking tubs. “We’ve just come to find out through our guest surveys that they do prefer having both.”

Though it’s a bit outlandish, there’s yet another remaining question in the bar soap debate. Is it possible that hotels collect and melt down the remaining soap stubs left by guests to create more new soaps? The operations experts we spoke with couldn’t imagine such a thing, as the soap-making operations would have to be on premises just to start with. “I’m not aware of a way to do that, or at least I wouldn’t have the ability to do that,” says Mayer. “I don’t know how that would be hygienic, right?” Added Moore, “If you find that hotel, please let me know. I’d love to speak to that GM and learn more.” But while hotels might not be melting it down for their own guests, there is a nonprofit called Clean the World which collects and recycles unused bar soaps from hotels; partners include the Hilton, InterContinental, Hyatt, and Marriott.

While guests apparently adore the small bar soaps, some hotel brands are transitioning them out due to the same environmental concerns of mini plastic bottles. Conrad Hotels & Resorts recently began a partnership with Byredo to provide guests with bulk bathroom amenities, including liquid hand soap at the sink instead of bars. It “provided a more eco-friendly option that we could feel good about,” says Nils Arne-Schroeder, the global brand head for Conrad Hotels & Resorts. She thinks the pandemic stalled a greater industry shift, due to the hygienic need for single-use items.

Others think it’ll be much longer until the little soaps dissolve away entirely. “Until our guests tell us they don’t want it, or they don’t use it, my job is to make sure the guests have everything in their room that makes them feel safe and comfortable,” says Nels. Mayer notes that, as with the now-common practice of not changing sheets daily, many hotel brands have already stopped replacing the small soap bars every single day to reduce waste. For those guests who pay attention, toiletries ultimately have much to tell them about a hotel’s ethos.