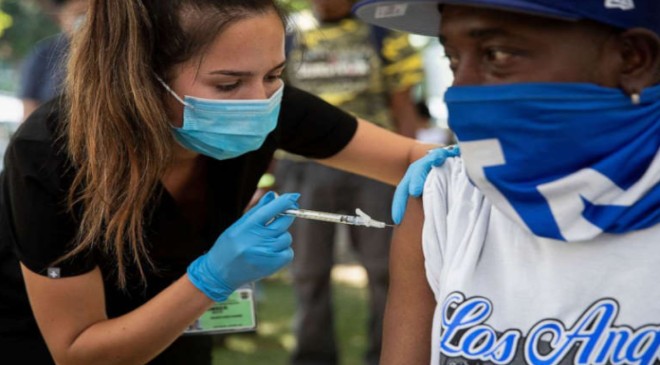 (Reuters) – The Biden administration on Thursday asked the U.S. Supreme Court to lift rulings by two lower courts that put the president’s COVID-19 vaccine mandate for healthcare workers on hold, saying the shots were crucial before an expected winter spike in cases.

“The exceptionally urgent need to reduce the risk of COVID-19 exposure for Medicare and Medicaid patients given the anticipated winter surge in infections tips the equities overwhelmingly in favor of a stay,” Solicitor General Elizabeth Prelogar argued in a 40-page motion to the Supreme Court.

The mandate has been blocked for now in 24 states – 14 involved in a case reviewed by the 5th U.S. Circuit Court of Appeals in New Orleans and 10 where it was halted by a Nov. 29 ruling by a federal judge in St. Louis.

The 5th Circuit said the Biden administration had not made a strong showing that it was likely to prove during the litigation that it has the authority to impose the rule.

In November, the 5th Circuit blocked the administration’s workplace vaccine-or-testing mandate for businesses with at least 100 employees.

That rule, issued by the Occupational Safety and Health Administration (OSHA), is being reviewed by the 6th U.S. Circuit Court of Appeals in Cincinnati.

On Wednesday, the 6th Circuit in Cincinnati sided with the Biden administration, agreeing to hear the case initially before a three-judge panel rather than all 16 active judges on the court.