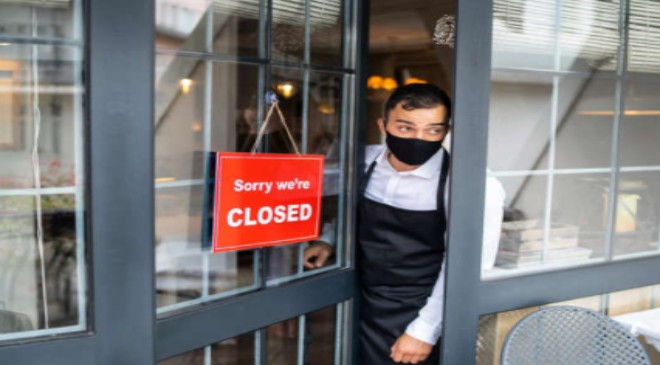 13 reasons that help explain the labor shortage in the US

It’s been seven months of people quitting their jobs at near-record highs, and businesses are continuing to complain that they just can’t find workers to fill open roles.

Many have termed it a labor shortage, although five decades of declining wages argue that it’s more of a wage shortage. Even the narrative that jobs are plentiful and for the taking is not quite right: There are certainly still people not getting hired because of the mismatch between the primarily low-wage roles hiring and workers’ qualifications.

Regardless, the labor market is undergoing structural, worker-driven changes. Here’s 13 potential reasons why there is a labor shortage.

Shortages may be both caused by — and benefiting — workers who are seeking out a living wage. An MIT and CNBC analysis earlier this year found that even a $15 minimum wage wouldn’t be a living wage for many families. Anecdotally, businesses paying higher wages haven’t struggled as much with labor shortages and understaffing.

Wages have been on the rise as employers scramble to lure in workers, but after decades of declining wages, economist Heidi Shierholz of the left-leaning Economic Policy Institute argues that gains are still just catching up with pandemic losses. According to the Bureau of Labor Statistics, average hourly earnings have ticked up by 4.8% from November 2020. In the traditionally low-paying leisure and hospitality, wages have soared by 12.3%.

Workers are questioning if they even like their jobs

You may have heard countless stories in the news of the “Great Resignation” or the “Great Reevaluation.” Perhaps you were one of the millions and millions of US job quitters during the pandemic. Some workers have not only left a company for a new role or been one of the “epiphany quitters” during the pandemic. They’ve taken the leap into a completely different industry, such as one person Insider talked to who went from retail merchandising to tech recruiting.

According to an Indeed survey of about 1,000 people who “voluntarily resigned from at least two jobs since March 2020,” most of them (92%) said “the pandemic made them feel life is too short to stay in a job they weren’t passionate about.”

One of the industries feeling the most pain is leisure and hospitality. Even if employers in that sector increase wages, they may have trouble finding workers as Americans seek out jobs offering flexibility.

Positions in restaurants and hotels like servers and bartenders are jobs that tend to be done in person. This may not appeal to Americans who have experienced the benefits of working remotely and want to apply to jobs that offer this flexibility — whether that be fully remote or hybrid options. According to one survey of 10,000 knowledge workers from Future Forum, workers want flexibility in both location and schedule.

Childcare issues and caregiving duties are keeping people from working

Some working parents have exited the labor force completely — meaning they’re not working or actively looking for work — because they don’t have access to daycare, or had to take on extra caretaking responsibilities during the pandemic that resulted in them making the decision to leave the labor force.

Daycare services are also still recovering with employment still below pre-pandemic levels. Without a spot at a daycare or childcare provider or having to care for an elderly parent during this time, Americans and employers alike may struggle.

“We’ve seen a very slow recovery in the daycare industry, and that has a significant impact on the rest of the economy — because it means that parents can’t return to work,” Daniel Zhao, a senior economist at Glassdoor, told Insider.

Health concerns and vaccine hesitancies linger as the pandemic continues

We’re still very much in a pandemic, and, especially with fears over a new variant, health concerns may stick around. For instance, S&P global economists said in a note that 1.4 million workers may not return until “pandemic-related issues are resolved.” JPMorgan chief global economist David Kelly noted that some workers may be contending with long-Covid symptoms.

Broadly, the Bureau of Labor Statistics said that, in November, 1.2 million people didn’t look for work because of the pandemic. In addition, some workers may be quitting or staying out of work because they’re hesitant to get the vaccine, as more businesses put requirements in place.

“The virus is still very much with us,” Secretary of Labor Marty Walsh told Insider in October, noting that hundreds of thousands Americans had tragically died from the virus.

More workers than usual retired, and they may not come back

A whole lot of workers retired during the pandemic, and it’s looking like we shouldn’t expect the majority of them to return. In a note, Goldman Sachs said that 2.5 million of the 5 million workers missing from the labor force are retirees, and 1.5 million of them are early retirees. An analysis from the Federal Bank of St. Louis found that over 3 million “likely retired earlier than they would have otherwise” during the pandemic.

While some of those younger retirees could return — over 2.5% of retirees “unretired” in October — not all of them will come back.

More workers than usual retired, and they may not come back

A whole lot of workers retired during the pandemic, and it’s looking like we shouldn’t expect the majority of them to return. In a note, Goldman Sachs said that 2.5 million of the 5 million workers missing from the labor force are retirees, and 1.5 million of them are early retirees. An analysis from the Federal Bank of St. Louis found that over 3 million “likely retired earlier than they would have otherwise” during the pandemic.

While some of those younger retirees could return — over 2.5% of retirees “unretired” in October — not all of them will come back.

Slowing immigration could be impacting the labor shortage

One group of people that could help ease the pain of the labor shortage in industries like construction could be immigrants. But Joseph Lavorgna, Natixis’ Americas chief economist, told Axios that “immigration to the US has slowed” and is “exacerbating the labor shortage problem.”

“There are about 1.2 million adult foreign workers or work-eligible immigrants who are just not here because of the restrictions that have been imposed during the pandemic,” David Bier from Cato Institute told NPR in October. “And so that’s about a quarter of the increase in job openings.”

Before pandemic restrictions, immigration slowed down because of restrictive Trump-era policies. Insider’s Jason Lalljee and Andy Kiersz find that if the pre-2016 net international migration trend had continued, there would have been 2.1 million more immigrants between 2017 and 2020

Yes, there’s a whole lot of open jobs — but that doesn’t mean they’re automatically the perfect job for jobseekers. That’s what economists call mismatches, and they’ve been dragging on for months regarding skills, location, and pay expectations. It’s why some job seekers are sending in hundreds of applications without getting any bites, or being ghosted outright altogether. And 48% of jobseekers surveyed by FlexJob said that they’re frustrated with the job search, because they weren’t finding the right positions — and the ones that are open pay too low.

People are stressed and burned out

In addition to demanding higher pay and rethinking what they want out of a job, some workers are resigning because of burnout, putting added stress on employers and the remaining employees. Workers are taking on extra duties as companies struggle to fill positions, leading these workers to also feel burned out.

Nurses, who have been on the frontlines of the pandemic, are facing their own shortage of workers as some have left because of burnout, according to reporting from Insider’s Sarah Al-Arshani.

In response to workers leaving, some businesses are just working their existing labor harder — creating another cycle of burnout, as the remaining workers struggle to keep up.

For instance, workers who have an employment gap of over six months are filtered out by 48% of employers in the Harvard study. That could hold back job switchers, or people who dropped out of the labor force to care for an elder or child in their life. All told, 80% of leaders that Harvard spoke with said that over half of potential candidates for their high-skilled position were filtered out.

Employers also filter out workers because of preexisting biases and inequities

Roughly 70 million workers don’t have a college degree, but are known as “STARS” — Skilled Through Alternative Routes. They account for two-thirds of American workers, but many may be filtered through educational requirements. As the Los Angeles Times reports, the labor shortage has led to some companies tentatively embracing hiring some of America’s 20 million former felons, many of whom often face tremendous hurdles in finding work after their convictions. And, for as much as employers say it’s difficult to find workers, Black unemployment remains far above white unemployment.

“The fact that Black workers still have an unemployment rate way above that for high school dropouts, it just means that the employers are just being picky,” Dr. William Spriggs, an economics professor at Howard University and the chief economist for the AFL-CIO, told Insider.

Rethinking work and the “antiwork” movement

The pandemic, and the wrench its aftermath has thrown in the power of employers, has led many workers to rethink work altogether. One prime example is the rising “antiwork” sentiment, where over a million Reddit users converge to discuss exploitative bosses and conditions, and what a work-free lifestyle could look like. It’s creating a new version of the American Dream, based on a type of work that works for workers, and not the other way around.

“The truth of the matter about antiwork — and everything surrounding it — is that obviously things have to get done, but the current structure in which things get done and the way that capital flows as they get done is unfair and should be nonexistent,” one moderator of the subreddit, who goes by u/rockcellist, previously told Insider.

People want to be their own boss

Parents have been especially keen to look at entrepreneurship opportunities, per one survey. According to a McKinsey & Company survey, “parents are significantly more likely to start a new business compared with their nonparent counterparts.”

“Lower-income individuals are more likely to be driven to gig work out of necessity, the survey shows, and parents among this group more so than nonparents,” McKinsey wrote.