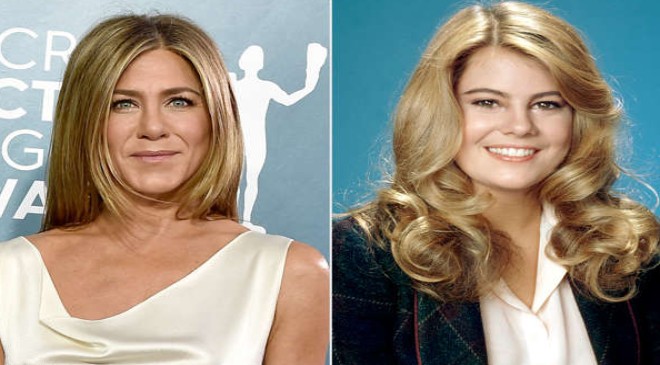 See the cast of Live in Front of a Studio Audience next to the actors who starred in the original Facts of Life and Diff’rent Strokes.

Brrr! It’s cold in here! There must be some Tootie in the atmosphere! Fields skated to stardom as the youngest of Mrs. Garrett’s girls, Dorothy “Tootie” Ramsey, in 1979, while Union cheered her way to icon status in 2000’s Bring It On.

McKeon joined Facts of Life in season 2 as gruff tomboy Jo Polniaczek. Hahn stole the show — and an Emmy nom — as gruff witch Agatha Harkness in this year’s WandaVisison.

Diff’rent Strokes star Coleman, who died in 2010, was once among the highest paid child actors on television. Hart was the highest earning stand-up comedian in 2019.

When the Park Avenue businessman takes in the two sons of his late housekeeper, his world never again moves to the beat of just one Drummond. Bain played the kind-hearted Drummond for all eight seasons of Diff’rent Strokes. Meanwhile, Lithgow has been in, well, it feels like pretty much everything.

What? You talkin’ ’bout Willis? Bridges has the rather sad distinction of being the last surviving regular cast member of Diff’rent Strokes. He played Arnold’s older brother Willis, who dated Janet Jackson’s Charlene for four seasons before she took Control. Damon Wayans is the fourth-oldest member of the multitalented Wayans family and is (surprise!) Damon Wayans Jr.’s dad.

Rae originated the role of Edna Garrett on Diff’rent Strokes in 1978 as the Drummond housekeeper before moving on to The Facts of Life a year later when Mrs. Garrett took the job as house mother for the Eastland School for Girls Girls Girls! Dowd played Aunt Lydia, another kind of house mother — this one a bit more sinister — in The Handmaid’s Tale to great acclaim and an Emmy in 2017.