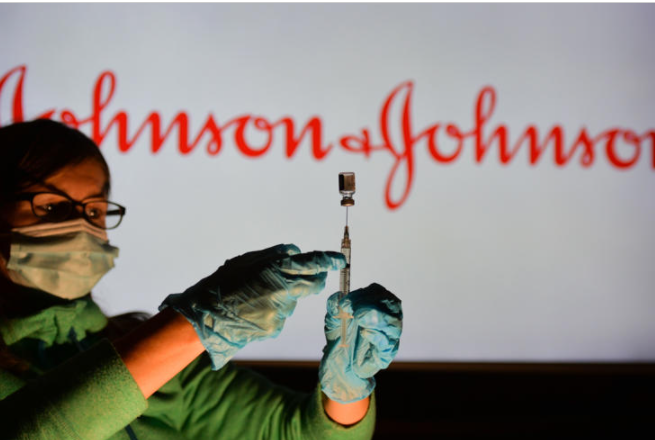 The omicron variant is now in at least three US states, as scientists try to pinpoint exactly what kind of threat it poses in our race to contain COVID-19. As a response to the new variant, the US Centers for Disease Control and Prevention strengthened its recommendation that all adults should go get boosted — no matter what vaccine they originally received.

While the CDC gave the go-ahead earlier this month for all adults to get boosters, people who received the one-dose Johnson & Johnson COVID-19 vaccine have been eligible for another shot since October. The reason for their earlier eligibility is because a single dose of Johnson & Johnson has lower effectiveness compared to two doses of a COVID-19 vaccine, according to the CDC.

In the face of the new omicron coronavirus variant, Johnson & Johnson said in a press release Monday that it’s testing the effectiveness of its vaccine against new variants, including the omicron variant. The company also said it’s pursuing a vaccine specific to the omicron variant and will develop it if necessary.

Fewer people have gotten Johnson & Johnson’s one-dose vaccine than Pfizer or Moderna. This is partly because it was available in the US later than both mRNA vaccines, production issues resulted in millions of wasted doses and use was paused briefly in April after concerns over a link to a rare but serious blood clotting disorder (mostly in women under age 50) that isn’t seen with the mRNA vaccines.

Those who got the one-dose J&J vaccine, including immunocompromised people, were initially left out of the country’s booster shot plans because of a lack of data on the one-dose vaccine. The booster rollout in general is a controversial one — members of the World Health Organization have called on countries such as the US to slow the process of giving booster doses to people who are already vaccinated because much of the world remains unvaccinated against COVID-19. As few as 6% of people in low-income countries have had a coronavirus vaccine, according to Our World in Data.

As boosters become a reality in the US, here’s what to know if you got J&J.

Does the booster have to be another shot of J&J?

No. You can get any of the three COVID-19 vaccines available, depending on your personal circumstances or preference. This leeway isn’t specific to people who got Johnson & Johnson — all fully vaccinated adults can opt for a different booster after the FDA and CDC signed off on heterologous boosters or a “mix and match” approach to boosting for COVID-19. Johnson & Johnson’s booster is the same dose as its original vaccine.

In fact, some people may opt for an mRNA booster because of their increased risk of a rare but serious complication of Johnson & Johnson’s vaccine. Women under age 50 are at a higher risk for the blood-clotting disorder associated with Johnson & Johnson’s vaccine and should “know about other available COVID-19 vaccine options for which this risk has not been seen,” the CDC says. (These clots are extremely rare but considered serious because they typically require different treatment than the clots that occur from things such as taking birth control pills or riding on an airplane.)

Importantly, this risk isn’t associated with the Pfizer or Moderna vaccines. There is also the rare risk of a neurological disorder linked to Johnson & Johnson, occurring mostly in older men. In clinical guidance issued this week, meant to help walk eligible adults through choosing a booster dose, the CDC said that patients with a history of Guillain-Barré syndrome should “discuss the availability of mRNA COVID-19 vaccines” for protection against the coronavirus.

At an October meeting with the CDC’s advisory panel, committee Dr. Pablo Sanchez, said that while he agrees people who received Johnson & Johnson should get a second dose or booster, “I would prefer that those individuals get an mRNA vaccine.”

Although data on “mixing vaccines” in the US is limited, it’s been done for months in other countries, where some individuals have received a dose of AstraZeneca (a viral vector vaccine like Johnson & Johnson) combined with a dose of mRNA vaccine. Preliminary data on mixing COVID-19 vaccines for boosters in the US found that while all three COVID-19 vaccines used as boosters for J&J recipients elicited strong responses, Moderna’s and Pfizer’s boosters elicited much stronger antibody responses — 76-fold and 35-fold, respectively — than a second dose of Johnson & Johnson (four-fold). While impressive, antibody response is not the full picture of immunity.

What if I’m immunocompromised and got J&J?

Immunocompromised people who received Johnson & Johnson and are “moderately or severely immunocompromised” should get a booster of any COVID-19 vaccine at least two months after the single dose. This is the same recommendation for everyone else who got Johnson & Johnson, but given that people with a suppressed immune system usually aren’t able to mount as strong an immune response, it’s especially important they seek out a second dose of COVID-19 vaccine.

When (and where) can I get a booster?

At least two months after your original vaccination. People who received Pfizer or Moderna, however, need to wait six months.

Getting an original series of any COVID-19 vaccine remains the best thing people can do to protect against severe COVID-19 disease. Unvaccinated people are more than 10 times more likely to be hospitalized with or die from COVID-19 than fully vaccinated people, according to September data from the CDC.