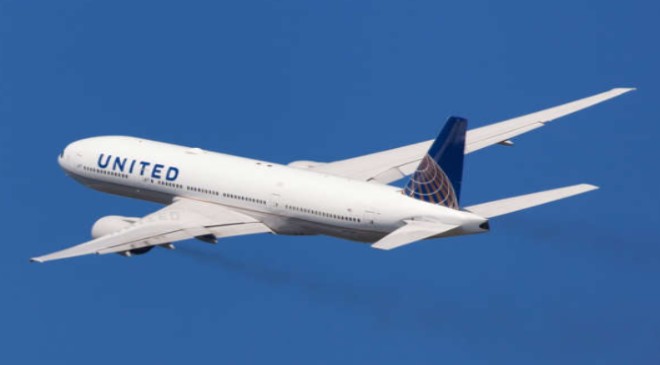 United Airlines Is Ending Its Ban on This, Starting Tomorrow

While the COVID pandemic kept most people inside for much of last year, airlines had to make some serious changes. One of the biggest updates to flying was the addition of masks on flights, a policy that remains in place to this day. But as more and more people return to air travel, restrictions are quickly being abandoned. Many airlines blocked off middle seats and banned alcohol on flights, only to reverse course earlier this year. Now, United Airlines has just announced that it’s lifting one of its COVID restrictions with only minimal notice. Read on to find out what you will soon be able to do once more when flying United.

United Airlines is ending its ban on pre-departure drinks.

United Airlines is bringing back one longstanding flight tradition after having banned it for nearly 20 months during the pandemic. The airline will start serving pre-departure beverages in premium cabins on its mainline flights this month, The Points Guy reported on Nov. 16. A spokesperson for United confirmed to the news outlet that the return is set to go into effect on both eligible domestic and international flights starting Nov. 23. But there are still limitations, as the airline is restricting the selection to pre-poured water or sparkling wine, according to Live and Lets Fly, an airline blog that shares the latest air travel news.

The airline will also reintroduce glassware on flights in December.

On Dec. 1, United Airlines will also bring back glassware in premium cabins, The Points Guy reported. After this, first class passengers on domestic flights will be allowed to drink their drinks in highball glasses or wine glasses. And international passengers in Polaris business will be allowed the choice of five different types of glassware: rock glasses, wine glasses, flute glasses, cordial glasses, and ceramic mugs. This change is likely to enhance the drinking experience, as coffee usually tastes better in a ceramic cup and wine typically tastes better in a glass, Live and Lets Fly noted.

Some people are not excited about United bringing this service back.

The Association of Flight Attendants (AFA), the union that represents flight attendants at United Airlines, is pushing back against the airline’s decision, however. On Nov. 19, the organization released a statement objecting to the return of pre-departure drinks. According to the AFA, two routes tested the return of this service in Aug. 2021 and the organization immediately raised concern over several issues, including the closer proximity flight attendants would be placed in to other boarding passengers while serving those in first class, and the visual these other passengers would see when boarding of those in first class not wearing masks while drinking their beverages.

“While the Welcome Beverage service proposed should be more efficient for flight attendants than the pre-pandemic pre-departure ground service where a broader selection of beverages, including alcohol, was served, we have serious concerns about the timing of the reintroduction of this service,” the AFA stated. “As safety and service professionals, flight attendants understand the role we play in contributing to the experience and satisfaction of the passengers in our care, all of them. From our expert perspective in the cabin, now is not the time to reintroduce this component of the service.”

This is not the only service that United brought back after it was banned during the pandemic. On Nov. 15, the airline started serving hard liquor on its flights again. According to CNN, United is now selling mini alcohol bottles in economy class on domestic flights that are more than 300 miles in length “in response to the feedback we’ve received from both customers and flight attendants,” the airline said.

“The ability to offer a complete food and beverage menu is something that we know is important to our customers,” United told CNN in a statement. Prior to this, in June, the airline had resumed serving beer and wine, while also introducing hard seltzer, in economy class.