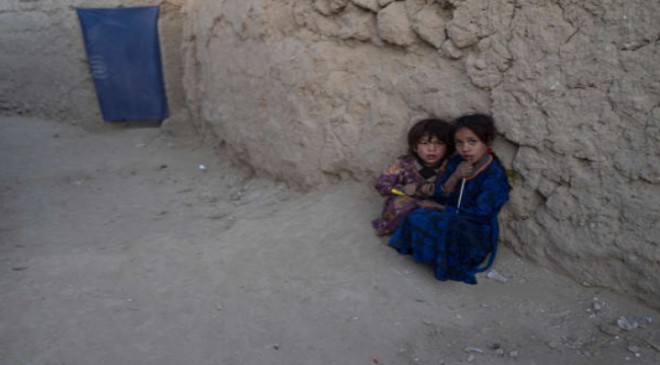 KABUL, Afghanistan – Meena Sadat rises each day at 6 a.m., puts on a long, figure-obscuring dark dress and hijab, steels herself for the angry eyes of Taliban officials, and fearfully but calmly walks through streets filled with jobless men to secretly partake in something her government largely denies: education.

Three months after the Taliban seized control of Afghanistan, most secondary schools for girls remain closed, with only boys and male teachers allowed back into classrooms. Sadat, 16, is one of a number of female Afghan students risking her safety to educate herself.

Sadat’s destination each morning is not her local high school but a private room hidden from view with girls of similar age and even younger. She gives English lessons to this small group of girls willing to defy the Taliban.

USA TODAY is not disclosing the room’s location or characteristics for security reasons. Sadat’s name and that of other women USA TODAY spoke to for this story have been changed to protect their identities.

Fleeing Afghanistan: Staying could mean death but the escape would nearly kill her

Afghan scholars: They rejected rescue for a chance to get a Fulbright. Now, all that is in doubt

After teaching language lessons for most of the day, on her way home Sadat stops by her old school where her former teacher, a man whose entire family has fled Afghanistan but who decided to remain behind because he didn’t want to abandon his pupils, takes another dangerous risk by supplying Sadat with assignments in the sciences for her to do on her own. Sadat works hard on these assignments despite what appears to be a bleak future in Afghanistan.

“This is the 21st century. The world is focused on issues such as climate change, technology and science. Yet in Afghanistan, we are still talking about whether women deserve an education and whether we can decide for ourselves what clothes we can wear in public,” she said. She said she is thinking of trying to leave Afghanistan.

Learning from books that must be hidden

Reports continue to emerge of the Taliban detaining and beating and even torturing protesters, including women and journalists. Many women’s rights defenders who remain in Afghanistan say they are being hunted by the Taliban.

Estimates for how many Afghan girls are studying in secret are hard to come by. Very few schools for girls are open, and educators and pupils alike are afraid to reveal much information about the practice.

Since the Taliban’s takeover of Kabul Aug. 15, in addition to public schools a large number of private language schools, gyms, art institutes and music centers have been shut down. The ultraconservative Islamic political and religious group prohibits listening to music and generally forbids all forms of self-expression in the arts. Over the past few months, some centers for education that teach courses in the sciences and English have been permitted to resume but with a significant drop in the number of students and very few women. Some schools in the city of Herat have been allowed to reopen for grades 7 to 12, but it appears to be a localized change.

“My students (girls and boys) study with the fear of the Taliban stopping by the class at any moment,” said Hadia Amini, 16, who teaches English in the evening after completing her own studies at home during the day. In Afghanistan it is not uncommon for students in their lower teens to teach pupils who in many cases are of similar age or younger.

“They have to hide their books and try to fully concentrate on their studies at the same time, which is not that easy,” said Amini, who added that many parents are not allowing their children to leave home because they are worried about their safety.

Amini dreams of getting a scholarship to study abroad in a Western university.

A Kabul bookseller who has about 10,000 English-language titles in his shop said it has been weeks since he has been able to sell any books because of a lack of demand.

“Most of these books are risky and problematic from the Taliban perspective, and I am worried about this,” said the bookseller, who did not want to be named because he feared it could affect his business and personal safety.

“Few people in Afghanistan right now are ready to publicly buy books or visit my store because of the risk from the Taliban. This has forced me to burn many books.”

The Taliban said restrictions on girls and women in schools and workplaces are temporary, and more allowances will come as security conditions in Afghanistan improve. Yet there is little evidence to indicate that the Taliban’s adherence to its policy today is not directly linked to its fundamentalist political and religious ideology.

“When the Taliban ruled from 1996 to 2001, they also barred women from wage-earning employment (and education), similarly claiming it was a temporary security measure,” said researcher Devon Cone in a recent report for Refugees International. “However, the prohibition was never lifted.”

When the Taliban were ousted from power in 2001 after the U.S.-led invasion of Afghanistan, many girls and young women were given opportunities to attend school and university for the first time, as well as access to jobs, something that had been banned under the Taliban regime as part of its rejection of Westernization, modernity and many human rights.

The number of Afghan girls enrolled in schools leapt from 10% to 33% after the Taliban were forced from power, but a United Nations study in 2019 found that only 15% of Afghan men thought women should work outside the home after marriage and two-thirds complained that women have too many rights.

Overall, mainstream views on the role of girls and women in Afghan society remain deeply traditional, especially in rural areas, where a combination of factors – including few female teachers, poor sanitation facilities, insufficient transportation, fragile economic prospects and decades of sustained conflict – have been barriers to education, according to multiple studies by the United Nations and World Bank.

Dried-up foreign financing of Afghanistan’s government means the nation is careening toward a humanitarian crisis even after the United Nations in early November started airlifting dozens of tons of supplies for millions of displaced and unemployed Afghans. The United Nations’ World Food Program warns millions face starvation.

“Winter is coming and impoverished people in Afghanistan need urgent help,” said Elyas Nawandish, an Afghan journalist who escaped with his family to Albania in late August.

“The world must also understand that the Taliban we have now is still the same Taliban we had in the 1990s, when they banned girls from school. It has not changed.”

But Afghan girls are nothing if not resilient.

When in May 2021 a bomb attack killed nearly 100 people close to Kabul’s Syed Al-Shahada School, all of them members of the Hazara ethnic minority and most of them girls just leaving class, many of the school’s students quickly returned to the school.

“The day I was wounded I told my father to call my teacher and tell her to not mark me as absent,” said Sarah Ahmadi, 16, a girl from the school whose arm was severely injured in the explosions. Ahmadi needs further treatment, but her family cannot afford to send her to a local doctor, let alone abroad for more advanced medical treatment.

Still, many Afghan girls such as Zuhra Haqdust, 15, who has long dreamed of becoming a physician or scientist, are simply not prepared to give into the Taliban’s demands.

“Every day I wait for my friends to come to the small library at my house filled with different books written in both English and Farsi,” she said.

“It is a small place for us to study, to dream, to keep our hopes high and to imagine ourselves in the future when we all reach our dreams.”