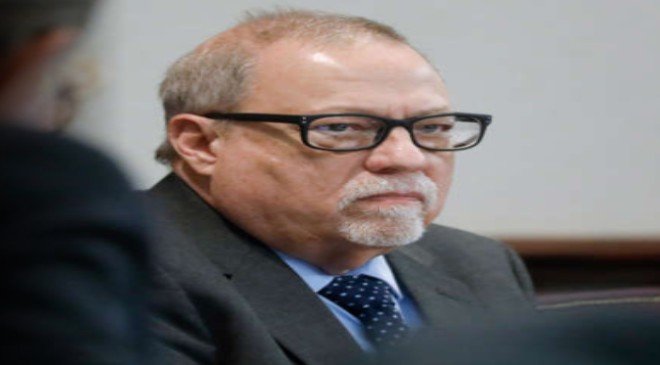 BRUNSWICK, Ga. — Closing arguments were set to begin Monday in the murder trial of three white men accused in the fatal shooting of Ahmaud Arbery, who was Black, early last year.

A panel of 12 jurors and three alternates, will hear from the prosecution and lawyers for each of the three defendants. After closings, the jurors are set to begin deliberations on a verdict.

Father and son Gregory and Travis McMichael and their neighbor William “Roddie” Bryan are charged with murder and other crimes in the February 2020 fatal shooting in Brunswick, a small coastal town about 80 miles south of Savannah. They were arrested two months after the shooting, when Bryan’s cellphone video of the incident was released.

What prosecution, defense are expected to argue

On Feb. 23, 2020, the McMichaels saw Arbery at a house under construction in their neighborhood.

Defense attorneys have argued the men were attempting to detain Arbery because they had reason to suspect Arbery had burglarized the house. The attorneys say residents had been increasingly on edge about crime in the neighborhood and that a man matching Arbery’s description had been spotted on camera multiple times inside.

Meanwhile, prosecutors argue the defendants saw a Black man running through their largely white neighborhood and made fatal assumptions about what he was doing there. The prosecution said the men had no knowledge of any crimes committed by Arbery and had no intention of making a citizen’s arrest. They also argued that Bryan attempted to hit Arbery with his truck four times as Arbery tried to run away.

Attorneys for Travis McMichael, 35, say he shot Arbery in self-defense. And attorneys for Bryan, 52, say he did not intend to hurt Arbery and was not attempting to assault Arbery with his truck.

What charges do the McMichaels and Bryan face?

Both murder charges could result in a life sentence. Aggravated assault has a maximum sentence of 20 years in prison. False imprisonment is punishable by up to 10 years in prison. If the defendants are convicted on multiple counts, they will be sentenced on the most serious charge.

From an initial pool of 1,000 people,  the court ultimately selected 12 jurors and three alternates: 11 white women, three white men and one Black man.

Race was a major theme in questioning. Attorneys questioned prospective jurors about their views of the Black Lives Matter movement, the Confederate flag, the criminal justice system and more.

Judge Timothy Walmsley even acknowledged “the racial overtones in the case” but said while there “appears to be intentional discrimination” in the jury selection process, he could not take action because defense attorneys were able to give nonracial reasons for their decisions to strike the potential Black jurors from the panel.

Jury selection in the case was further complicated by many would-be jurors’ familiarity with Arbery’s killing, privacy concerns and personal connections to people involved in the incident and the trial.

Last week, more than 100 Black pastors and other spiritual leaders held a prayer vigil and march outside the courthouse after Bryan’s defense attorney, Kevin Gough, repeatedly tried to have “high-profile members of the African American community” removed from the courtroom. Gough told the judge that the Revs. Al Sharpton and Jesse Jackson were “intimidating” the jury.

The judge denied the requests, and Gough’s words became a clarion call for Black clergy across the country to converge on Brunswick in a show of spiritual solidarity.

This article originally appeared on USA TODAY: Closing arguments to begin Monday in trial over Ahmaud Arbery’s killing: What to know