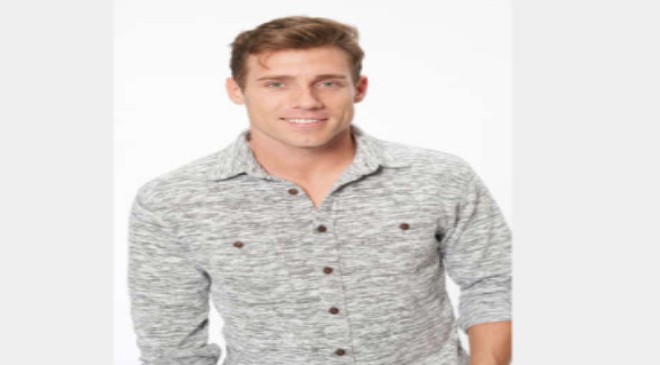 Southern gentleman? Chris Sutton flew under the radar on The Bachelorette after his bus arrival during the season 18 premiere — but things appeared to change in November with one fellow housemate calling him a “snake.”

The 28-year-old contestant pulled up on a yellow school bus during the show’s October premiere as a nod to Michelle Young’s job as a fifth-grade teacher.

“Didn’t you ever learn bus safety? They tell you not to stick your head out the window,” Michelle, 28, joked as Chris S. arrived at the house. “I couldn’t help myself,” he replied.

While Chris’ sweet arrival — he wore shorts and a backpack to fully embody being a schoolboy — earned him some points with Michelle, as the season continued, he started to make waves with some of the other men.

“I want to say something, there are guys here that think they have it in the bag,” Chris said in a teaser for the November 9, episode. “I think that’s bull—t. They’re not showing you the effort that you deserve.”

One man proceeded to call him a “snake” as clips of Chris smiling played in the background. Meanwhile, Nayte Olukoya claimed “there was no reason for any of this” and therefore chose to confront him. In the teaser, the two men have words, and as Nayte leans in toward Chris, he reacts by saying, “Are you going to put hands on me?”

While Chris clearly rubbed some of the guys the wrong way, he appeared to think his actions are that of a knight in shining armor. “I came in on my white horse and I saved her” he said in the clip.

Despite the drama onscreen, Chris’ close friends describe him as “goofy and easygoing,” according to his ABC bio.

“When it comes to relationships, he isn’t here to joke around,” the bio stated. “When Chris S. falls, he falls hard. He is looking for an adventurous woman who is confident, kind and selfless. … He is a firm believer that chivalry isn’t dead.”

Scroll down to learn more about Chris S. amid his Bachelorette journey:

1. He Went to Louisiana State University

Chris graduated from LSU in December 2015.

2. He Now Lives in California

The TV personality grew up in New Orleans but relocated to Los Angeles after college.

3. He Recently Became an Uncle

Chris is really close with his sister, Lauren Sutton, according to his Instagram profile. One month after Lauren gave birth to daughter Ella Grace, Chris met his niece. “Uncle Chris loves you,” he captioned the snap via Instagram in September 2021.

Chris “hopes to be married with kids and making a positive impact on the world” in the next five years, according to his ABC bio.

5. He Is Close With His Parents

When Chris’ mom, Kristi, got remarried in March 2015, he walked her down the aisle. One year later, his father, Gary, tied the knot on the beach and Chris was right there beside him.

The Bachelorette airs on ABC Tuesdays at 8 p.m. ET.