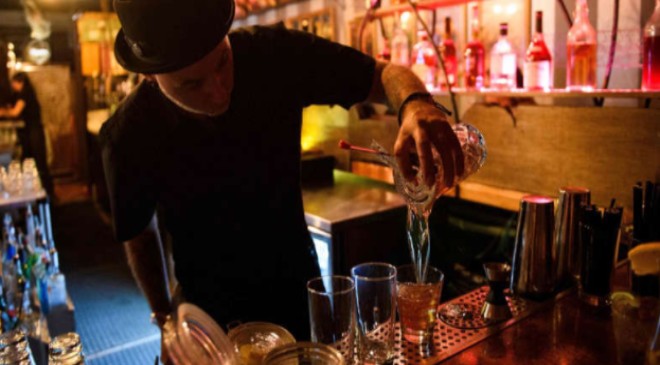 The optimism of small-business owners in the U.S. fell in October to a seven-month low, as as worsening shortages of labor and supplies left them less hopeful about the near future.

A closely followed gauge of small-business confidence slipped by 0.8 points to 98.2 last month, the National Federation of Independent Business said Tuesday. It marks the lowest level since March.

Businesses big and small are facing one of the worst labor crunches since World War II. More than 4 million people who left the workforce during the pandemic haven’t returned, even with some companies offering higher pay in an effort to fill some 10 million open jobs.

At the same time, companies can’t get enough supplies or materials on time to keeping operating at full capacity. Even when they can, they have to pay sharply higher prices because so many businesses are trying to get more supplies as well.

The shortages are expected to persist well into next year and keep the U.S. inflation rate at abnormally high levels.

The yearly pace of inflation recently hit a 30-year peak of 4.4% by one price barometer and an even higher 5.4% based on the consumer price index. Many companies are charging customers more as well.

That’s why small-business owners have turned pessimistic again after a short-lived burst of optimism earlier in the year, when coronavirus cases briefly died down. Even though a record number of small businesses said they have raised wages, a record number of jobs have gone unfilled.

“One of the biggest problems for small businesses is the lack of workers for unfilled positions and inventory shortages, which will continue to be a problem during the holiday season,” said NFIB chief economist William Dunkelberg

A measure of how small-business owners think the economy will perform over the next six months sank to the lowest level in almost nine years, the NFIB said.