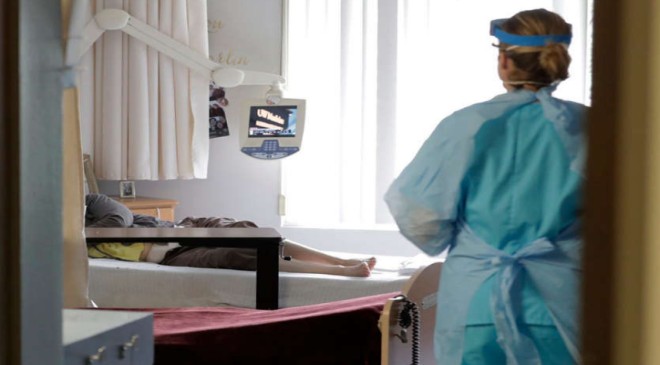 Oct 25 (Reuters) – New Zealand reported 109 new locally acquired coronavirus cases on Monday, the bulk of them in its largest city, Auckland, as the country saw its second-worst day of daily infections since the pandemic began.

Once the poster child for stamping out COVID-19, New Zealand has been unable to beat an outbreak of Delta variant of COVID-19 centred in Auckland, despite the city remaining under a strict lockdown for more than two months.

The country over the weekend also reported the first community case of the virus in its South Island in nearly a year, a cause for further headache, though health officials said the risks of a further spread from the case remained low.

The spike in cases has forced Prime Minister Jacinda Ardern to abandon her elimination strategy and switch to living with the virus, and health officials have warned of an uptick in cases until vaccinations ramp up.

As of Monday, 71% of eligible New Zealanders were fully inoculated, including 77% of Aucklanders.

Last week, Ardern said New Zealand will end its strict lockdown measures and restore more freedoms only when 90% of its eligible population is fully vaccinated.

The number of cases in the current outbreak reached 2,681 and New Zealand has recorded 28 coronavirus-related deaths so far in the pandemic.

Officials did not hold a press briefing on Monday due to the Labour Day holiday. (Reporting by Shashwat Awasthi in Bengaluru; Editing by Lincoln Feast.)