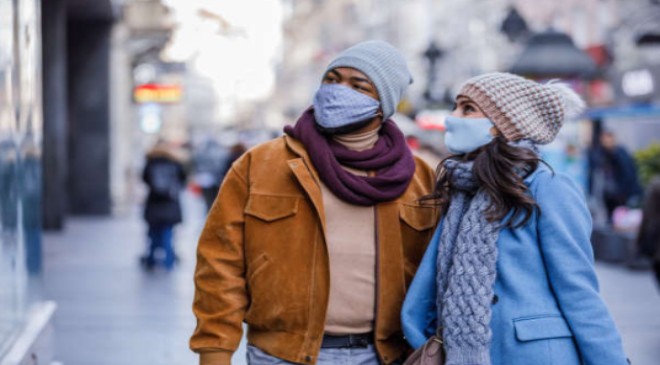 This Is Where Delta Is About to Surge in the U.S., Virus Experts Say

In July, the U.S. was seeing daily COVID-19 case rates we hadn’t seen since the start of the pandemic in the spring of 2020. But throughout the last few months, the Delta variant changed all of that, putting the U.S. back in a vulnerable place with the pandemic. Recently, COVID cases have started to decline in most states while vaccination rates have risen. According to the Centers for Disease Control and Prevention (CDC), infections have declined by more than 11 percent in the last week, while vaccinations have risen by more than 30 percent in that same timeframe. So now, people in the U.S. are once again hopeful that the pandemic will finally come to an end soon, especially as some experts have said they expect Delta to be the last serious wave. Unfortunately, others have been warning that the Delta surge is not yet over for everyone in the U.S., with some states expected to get the worst of it in the coming months. Read on to find out exactly where Delta is about to hit next.

The Delta variant is expected to surge in colder parts of the country soon.

The decline of COVID cases in the South is a sign of progress, but experts say the Delta variant is not quite done with us yet. “We still have a couple of months to go until this Delta wave sweeps across the country in a regionalized fashion and we are sort of done with it,” Scott Gottlieb, MD, the former director of the U.S. Food and Drug Administration (FDA), said during an Oct. 12 interview with CNN.

But before that happens, Gottlieb says there are certain states expected to get hit with a surge of Delta cases soon. “You’re starting to see an uptick in cases in the colder parts of the country and, as people are driven indoors without masks on, you’ll start to see cases pick up,” he said, adding that numbers are already starting to climb in the West and Midwest.Ashish Jha, MD, dean of Brown’s School of Public Health, also told CNN’s The Situation Room on Oct. 11 that the upper Midwest and Great Plains states particularly worry him. Meanwhile, Leana Wen, MD, an emergency physician and public health professor at George Washington University, told The Hill that Alaska and West Virginia are currently two states to be on the lookout for.

Certain states may fare worse in the coming months because of low vaccination rates.

Jha said the reason why he’s worried about the Midwest and Great Plains states—which includes Colorado, Iowa, Kansas, Minnesota, Montana, Nebraska, New Mexico, North Dakota, Oklahoma, South Dakota, Texas, and Wyoming—is because many of them have low vaccination rates. “Here in New England, I’m hoping we’re going to do okay because we have much higher vaccination rates,” he said on The Situation Room. “But nobody is completely out of the woods yet. We still have more work to do.” (Gottlieb also said he is unsure how the Delta variant will affect the Northeast as the colder weather moves in.)

Similarly, while on The Situation Room, White House COVID adviser Anthony Fauci, MD, said that case numbers, hospitalizations, and deaths continuing to decline is dependent on vaccinating more people. “We have about 68 million people in this country who are eligible to be vaccinated who are not yet vaccinated,” he said. “We need the overwhelming proportion of those unvaccinated people to be vaccinated and then we can be quite confident that if we can do that, you will not see a resurgence.

Experts say the Delta variant’s reign is likely to be over by Thanksgiving.

During a September interview with CNN, Gottlieb predicted that the Delta variant’s surge will finally end for good in November. “I think by Thanksgiving, it’s probably going to have run its course across the whole country,” he said, adding that this was likely to be the final significant surge of the pandemic.

“I do think this is the last major surge of infection, barring something unexpected like a new variant coming along that pierces the immunity offered by vaccination or prior infection,” Gottlieb said. “So prevalence should decline on the backend of this Delta wave, and hopefully we get back to more of a semblance of normalcy.”

Gottlieb is not the only expert to believe that Delta is likely to be the end of it all. “Many more people have been vaccinated, so many more people have natural immunity from this big Delta wave—and unfortunately, so many people have died that we probably won’t see peaks that are anything like we saw in the past, especially when it comes to what matters, which is hospitalization, serious disease, and death,” Amesh Adalja, MD, a senior scholar at the Johns Hopkins University Center for Health Security, told MSNBC, per The Hill. “I think Delta was hopefully the worst that this virus can throw at us.”

But others caution against assuming Delta will be the last major wave for the U.S.

While some say it’s safe to consider Delta as the worst of it, other experts are warning people in the U.S. to not count their chickens before they hatch. “I’m not sure that we can predict at this time that we’re not going to see a winter surge,” Wen told CNN recently. “I really think it’s too early for us to celebrate and say that the worst is behind us.”Nicholas Reich, PhD, a professor of biostatistics at the University of Massachusetts Amherst, also told The Hill that it feels “premature” and “bold” to assert that there will not be another major wave after the Delta variant.

“I feel like if there’s one thing we’ve learned from this, it’s that there’s a lot more sort of uncertainty and randomness … in COVID than we’ve given it credit for so far,” he said, noting the potential development of new variants and unknown length of immunity after infection and vaccination could end up sparking another larger-scale rise of COVID cases.

On CNN’s State of the Union on Oct. 10, Fauci shared a similar perspective. “We have to just be careful that we don’t prematurely declare victory in many respects,” he said. “If you look at the history of the surges and the diminutions in cases over a period of time, they can bounce back.”